In the current economic climate, there is a pressing need for cross-jurisdictional co-operation when it comes to the Courts’ involvement in restructuring and insolvency proceedings. An increasing number of Hong Kong companies are finding themselves in need of urgent assistance with restructuring and insolvency processes; this requires international co-operation where, as is often the case, such companies are incorporated in offshore jurisdictions.

Here, Carey Olsen's James Noble, Jeremy Lightfoot, Dhanshuklal Vekaria and Yang Yang look at a recent decision from the Grand Court of the Cayman Islands, where the Grand Court provided a timely reminder that it was ready and willing to co-operate with the Courts of Hong Kong to ensure that the determination of a winding up petition was conducted so as to minimise the risk of conflicting judgments and to ensure that the insolvency process was conducted as efficiently as possible.

On 16 March 2020, the Grand Court delivered a judgment in Re Altair Asia Investments, FSD 200 of 2019 (RPJ), in which the Grand Court adjourned a creditor’s winding up petition in the Cayman Islands pending the decision to be made in the ongoing Hong Kong proceedings.

The petitioner in this case, Safe Castle Limited (Safe Castle), was a BVI company. Safe Castle applied to wind up the Cayman company, Altair Asia Investments Limited (Altair) as a creditor of Altair. The dispute was concerned with whether Safe Castle was entitled to apply to wind up Altair as a redemption creditor. In order to determine this question, the Grand Court first had to decide whether Safe Castle was entitled to redeem its shares in Altair upon an event which would trigger the redemption obligations – in this case when the closing share price of another company fell below a defined 'floor' for a defined short period of time.

Although the redemption obligations were governed by Cayman Islands law, the redemption obligations were subject to Hong Kong law governed guarantees given by an individual and a Hong Kong company. Safe Castle had already commenced proceedings in Hong Kong against the guarantors, including a winding up petition against the Hong Kong company and pursuing a bankruptcy petition against the individual guarantor. A decision from the Hong Kong Court was anticipated at the time of the presentation of the winding up petition in the Cayman Islands against Altair.

Safe Castle on the other hand argued that there was no substantial dispute as to the obligations to make the redemption payments and submitted that the application to adjourn the Cayman proceedings was nothing but a delaying tactic.

The Grand Court accepted on evidence that the matter was more complicated than seemed at first blush and much of the dispute it was asked to decide would likely be covered by the anticipated decision from Mr Justice Harris of the Hong Kong Court – i.e. the underlying issue as to whether Altair was liable to Safe Castle for the redemption payments. The reasoning for this was that it was necessary in determining the Hong Kong proceedings to first establish whether the Altair was liable to Safe Castle before Safe Castle could proceed to enforce its security.

The Grand Court stated that the court's discretion as to whether to make a winding up order should not be exercised if there is a question as to whether the petitioner is in fact a creditor and the question is genuinely arguable. The Court cited Lord Hoffmann's speech in the Privy Council in Parmalat Capital Finance Ltd v Food Holdings Ltd [2008] UKPC 23 on appeal from the Cayman Islands Court of Appeal:

"If a petitioner's debt is bona fide disputed on substantial grounds, the normal practice is for the court to dismiss the petition and leave the creditor, first, to establish his claim in an action. The main reason for this practice is the danger of abuse of the winding up procedure. A party to a dispute should not be allowed to use the threat of a winding up petition as a means of forcing the company to pay a bona fide disputed debt. This is a rule of practice rather than law and there is no doubt that the court retains a discretion to make a winding up order, even though there is a dispute: see, for example, Brinds Ltd. V Offshore Oil N.L. (no 2)."

Accepting that the Court should be prepared to assess whether the defence is genuine and of substance in this case, the Grand Court decided that it should not pre-empt the judgment of the Hong Kong Court.

The Grand Court cited a long line of authority on the principles of comity supporting the Court exercising its inherent jurisdiction to stay its own proceedings on case management grounds without interfering with the right of the claimant's first choice of jurisdiction to litigate the case against the defendant. The Grand Court cited with approval the oft cited statement of Moore Bick J in Reichold [1999] CLC 486:

" ... choosing whom to sue is one thing; choosing in what order to pursue proceedings against different defendants may be another, especially when two related sets of proceedings are being, or could be, pursued concurrently. In such a case the court itself has a greater interest, not only because the existence of concurrent proceedings may give rise to undesirable consequences in the form of inconsistent decisions, but also because the outcome of one set of proceedings may have an important effect on the conduct of the other."

Reichold was followed by the English Court more recently in Bundeszentralamt [2019] EWHC 705 Ch in which Hildyard J granted a stay of an appeal in insolvency proceedings to avoid the risk of inconsistent judgments arising from concurrent proceedings in Germany where the proof of debt was also at issue in determining relevant tax liabilities.  Hildyard J noted that although "in the ordinary course stays would only be granted in 'rare and compelling circumstances'", the risk of conflicting judgments "is always capable of amounting to a very strong reason for granting a stay".

In this case, Safe Castle proceeded first against the guarantors in the Hong Kong Court then the debtor itself in the Cayman Court. The Grand Court decided that it was in the interests of justice to avoid conflicting decisions given by different courts and exercised its discretion to adjourn.

The Grand Court stated that even if the order made by the Hong Kong Court would not bind Altair or the Grand Court, it would be undesirable for the parties to be faced with conflicting judgments form different courts over essentially the same underlying dispute, based on the same arguments, with similar evidence and similar law.

The Grand Court emphasised the importance of comity and co-operation between the courts involved in cross-border insolvency matters before concluding that it would not be appropriate for the Grand Court to proceed to judgment knowing that the Hong Kong Court was to make a decision on similar facts or issues. This was notwithstanding that there were notable differences in the Hong Kong and Cayman Islands proceedings, namely different relief being sought against different parties. The Grand Court further noted the risk of inconsistent decisions on the main issues, which were based on the same underlying legal and factual questions, would result in unnecessarily expending judicial resources in both courts and cause Altair to suffer from parallel proceedings even though it was not a party to the Hong Kong proceedings.

This decision of the Grand Court once again provides reassurance to parties that the Courts of offshore jurisdictions will work together co-operatively with the Courts of jurisdictions like Hong Kong to provide flexible and efficient processes for multi-jurisdictional business to use the insolvency and restructuring processes to achieve the best possible outcome for all stakeholders involved.

An original version of this article was first published by IFC Review, April 2020. 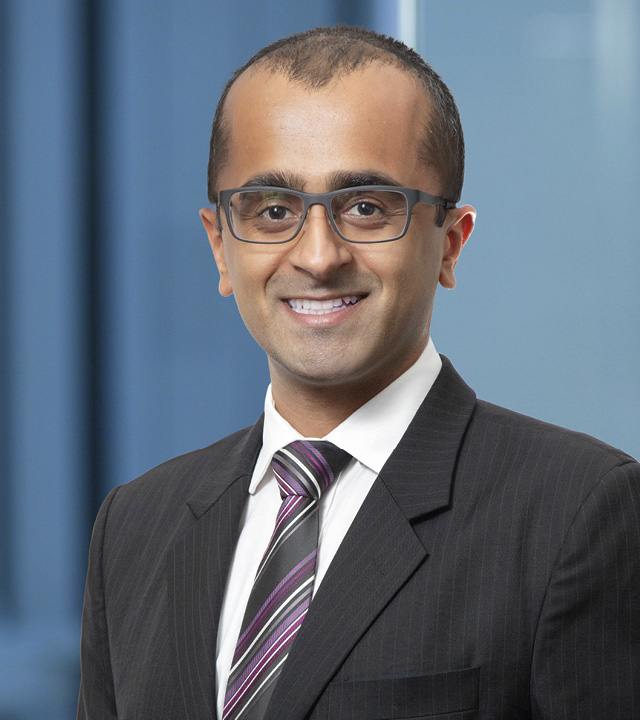