Many airlines around the world have been left reeling by the impact of the COVID-19 pandemic and even once travel restrictions and quarantine requirements ease passenger demand is expected to recover slowly. The aircraft finance community has quickly found itself in an environment in which transactions are hurriedly being put in place to respond to the issues faced by airlines and it seems almost certain that more challenges lie ahead.

We are currently working with our aviation clients to amend transactions for delayed deliveries and deferrals of rent and other payments, to document waivers of financial and other covenants and to implement other measures intended to alleviate some of the effects of the pandemic. Notwithstanding these types of arrangements, it seems likely that there will be an uptick in unscheduled redeliveries and repossessions of aircraft whether simply as a consequence of airlines reducing operations or as a result of airlines entering administration or becoming subject to other restructuring or insolvency proceedings.

Irrespective of the cause, remarketing returned and repossessed aircraft is expected to be challenging and result in longer remarketing periods with the pandemic-driven low demand compounded by airlines pro-actively cutting capacity and costs by reducing fleet size and/or phasing out certain aircraft types. At the time of writing, and perhaps to some degree due to the difficult environment for remarketing, it appears that lenders have limited appetite for repossessing aircraft and are favouring a collaborative approach based on renegotiating financing and leasing terms. Relatively few examples of repossession or other types of enforcement attributable solely to the COVID-19 crisis have been reported but there will be cases in which repossession or a consensual early return of an aircraft becomes the preferred option such as a defaulting counter-party that is uncooperative or if the creditor’s hand is forced by an imminent insolvency.

In this briefing we examine some of the key features of Cayman Islands charitable and STAR trusts and how they can be used in a “work-out” ownership structure for recovered aircraft that can be set up quickly, is cost efficient, bankruptcy remote and does not require the creditor to take title to the aircraft.

Using a charitable trust during the work-out period

The charitable trust is likely to be familiar to many in the aviation finance sector as it is the type of trust that is typically seen in Cayman Islands “orphan” structures for aircraft finance and securitisation transactions. The trust is not an entity with separate legal personality rather it is a legal relationship that arises when a natural or legal person provides assets to a trustee to hold on trust for the benefit of a beneficiary or for a specified purpose. Title to the assets of the trust is held by the trustee who may deal with the assets subject to the terms of trust (as negotiated by the parties) and in accordance with the fiduciary duties owed by the trustee. As a matter of Cayman law a trust is considered a charitable trust if terms of the trust are drafted to provide that the proposed beneficiaries or purposes of the trust are exclusively charitable in nature. The type of charitable trust commonly seen in aircraft finance transactions is not required to register with any government body and the only formality required to establish the trust is the execution and delivery of the trust deed by the trustee.

In the typical orphan structure for an aircraft finance transaction the property held on trust is usually all of the issued shares in a special purpose company (an “SPV”) that itself owns the aircraft. The trustee holds title to those shares on trust for a charitable beneficiary which has only an indirect interest in those shares on the basis that those shares form part of the general trust property (the “orphan” label derives from this trust arrangement). To set up a work-out trust an identical structure can be used whereby title to the repossessed aircraft is transferred to an SPV that is incorporated for the purposes of the transaction. Alternatively if a creditor has the option to enforce against the shares of the company that owns the aircraft (as would usually be the case where the creditor has provided secured financing to a special purpose company) then title to those shares can be transferred to the trustee. The work-out trust is only required to remain in existence for as long as is necessary to remarket the aircraft. At that time there can be flexibility as to whether the purchaser acquires title to the aircraft from the SPV or title to the shares from the trustee. The latter option may mitigate taxes, filings and other costs. Following the transfer of the aircraft or shares the remaining trust property will be distributed to one or more beneficiaries in accordance with the terms of the trust.

Using a STAR1 Trust during the work-out period

A STAR trust is a special type of trust which can have beneficiaries or purposes (charitable and non-charitable) or both. In the context of a work-out situation the purpose of the STAR trust could be as simple as holding the shares of the aircraft-owning SPV pending sale of the aircraft or the shares of that SPV with no requirement for any beneficiary (charitable or otherwise). Despite their apparent suitability, STAR trusts have not been used widely for “orphan” asset finance transactions which is likely due to their introduction at a time when the more familiar charitable trust model had been in use for over 30 years. As with a charitable trust, the STAR trust does not have legal personality, title to the assets of the trust is held by the trustee and the trustee is party to any relevant transaction documents in its capacity as trustee of the trust.

Like a charitable trust, there is no requirement to register a STAR trust with any government body and the only formalities required to establish a STAR trust are that the trust deed contains a declaration that Part VIII of the Trusts Law (2020 Revision) applies to it, the trustees include a Cayman Islands trust corporation and that the trust has an ‘enforcer’ (as discussed below).

A key distinction between a STAR trust and a charitable trust is that an ‘enforcer’ is required to be appointed in respect of a STAR trust. The enforcer is the only person that has standing to enforce the trust and is basically in office to ensure that the trustee observes the terms of the trust. Where a STAR trust is established to participate in a financing or work-out transaction the enforcer is usually an independent professional services company which results in additional costs compared to the charitable trust alternative.

With the exception of the need to appoint an enforcer a STAR trust structure to hold shares in an aircraft-owning SPV during a work-out period would be substantially similar to a charitable trust structure. The STAR trust would remain in existence for as long as is necessary to remarket the aircraft and the terms of the trust would ordinarily provide the same flexibility to transfer to the purchaser title to the aircraft or title to the shares of the SPV.

No tax liability in the Cayman Islands

There is currently no form of income, revenue, withholding, corporate, sales, title transfer or capital gains tax that would be imposed under the laws of the Cayman Islands in respect of any rent, sale proceeds or other payments received by an aircraft-owning SPV held within either form of work-out trust described above or by the trustee of the related trust acting in such capacity. During the work-out period such trust structures are therefore tax neutral and from a Cayman Islands perspective the gross amount of any sale proceeds or other payments received should be available to meet sums owed to the creditor.

Trusts are not subject to the economic substance requirements but in respect of any work-out trust structure it will be necessary for both the trustee and for the aircraft-owning SPV to comply with any applicable provisions of the ES Law. Each transaction will depend upon its facts but it is likely that an aircraft-owning SPV incorporated under the laws of the Cayman Islands that holds title to an off-lease aircraft for a remarketing period and then sells that aircraft upon reaching agreement with a purchaser will not be required to comply with an economic substance test under the ES Law.

The Convention on International Interests in Mobile Equipment concluded in Cape Town, South Africa on 16 November 2001 and the aircraft protocol to the Convention on matters specific to aircraft equipment (together, the “Convention”) came into force in the Cayman Islands on 1 November 2015.

In a bankruptcy or insolvency scenario time may be of the essence and being able to quickly set up a work-out structure may mean it is possible to pre-empt a bankruptcy filing in another jurisdiction that would otherwise prevent or delay enforcement.

If it is necessary to incorporate a Cayman Islands company as the aircraft-owning SPV for the structure then that company can usually be incorporated on the same or next business day.

Please note that this article is part of the Carey Olsen Aviation Bulletin 2019/2020 series. 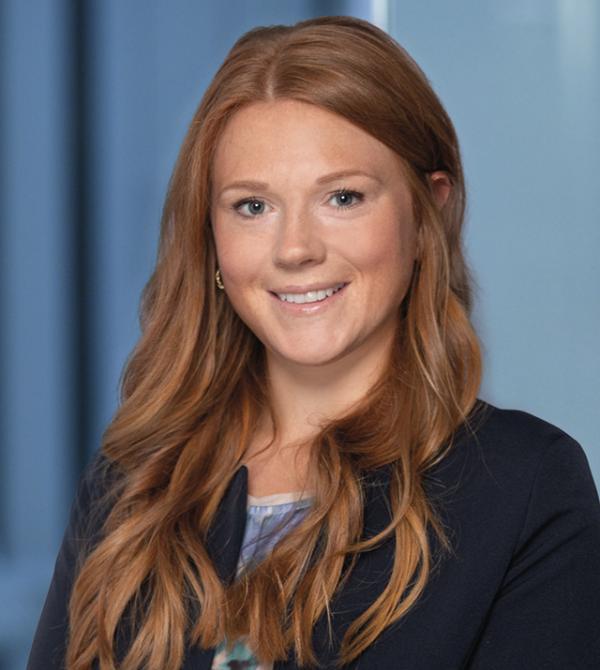