Ariel v Halabi and HMRC: Trustee in bankruptcy “on the horns of a dilemma”

The Royal Court of Jersey was recently required to consider its approach when a trustee in bankruptcy appointed in a foreign jurisdiction (the “Trustee”), whose appointment has been recognised in Jersey by order of the Court and who has been authorised to obtain documents and/or information for particular purposes, is later subject to coercive measures in his home jurisdiction requiring the disclosure of such material for different, unauthorised purposes.

As the party seeking to compel production of documents by the Trustee was Her Majesty’s Revenue and Customs (“HMRC”), the decision also clarifies the scope of the rule against enforcement in Jersey of revenue laws of a foreign state and contains guidance in relation to tax information exchange.

Mr Halabi had been declared bankrupt pursuant to an order of the High Court of England and Wales.

Pursuant to English law, Mr Ariel was appointed as Mr Halabi’s trustee in bankruptcy to take control of and realise Mr Halabi’s assets for the benefit of creditors. The Trustee discovered that Mr Halabi had financial interests in Jersey.

Following an ex parte application to the Jersey Court to give effect to a letter of request from the English Court, the Trustee’s appointment was recognised under Article 49 of the Bankruptcy (Désastre) (Jersey) Law 1990 (the “Bankruptcy Law”) and the Trustee was vested with appropriate powers to be exercised in Jersey (the “Recognition Order”). The Recognition Order empowered the Trustee to obtain information and documents from a number of parties in relation to various trusts and other entities strictly on the basis the same could only be used for the purposes of the administration of the bankrupt estate “save with the leave of this court”.

The Trustee received further documents pursuant to a Consent Order made in the context of the Trustee being joined to proceedings in private brought by the trustees of the A Trust for directions pursuant to Article 51 of the Trusts (Jersey) Law 1984 (the “Consent Order”). The Trustee sought to be joined to those proceedings as the estate in bankruptcy was a substantial creditor of the A Trust. The documents thereby obtained by the Trustee were not to be used or disclosed for any purpose other than those proceedings.

Following the Trustee receiving documents pursuant to the Recognition Order and the Consent Order, the English First-Tier Tribunal (Tax) (“FTT”) approved the issue of an information notice by HMRC pursuant to paragraph 2 of Schedule 36 to the Finance Act 2008 (“Schedule 36”) which required (among other things), the Trustee to produce all of the information which it had received under the Recognition Order and the Consent Order (the “Information Notice”). In particular, it was HMRC’s contention that information regarding the various Jersey trusts was relevant to Mr Halabi’s tax position. Mr Halabi had declined to supply this information to HMRC voluntarily.

The Court recognised that the Trustee was therefore “on the horns of a dilemma” with conflicting duties owed to HMRC and the English courts under English law on the one hand, and to the Jersey courts (and likely to the parties who had provided the documents) under Jersey law on the other. The Trustee applied to the Jersey Court for a variation of the Recognition Order and Consent Order and/or leave as provided for in the Recognition Order to permit him to comply with the Information Notice.

In Re M Trust it was held to be a contempt of court for a party to proceedings heard in private (such as the Article 51 application in this case) to disclose any documents they have received in those proceedings without the leave of court.

Similarly, disclosure of documents received under the Recognition Order in violation of the restrictions imposed in that order (i.e. without leave) would be a contempt of Court.

The Royal Court has inherent jurisdiction to vary its own orders including in the context of restrictions on the use of documents obtained pursuant to powers granted under Article 49 of the Bankruptcy Law.

A further issue in the case was whether varying the orders or granting leave to the Trustee to provide the documents sought by HMRC offended Rule 3 in Dicey, Morris and Collins, The Conflict of Laws (15th edition) that the courts have no jurisdiction to entertain an action for the enforcement, directly or indirectly, of a penal, revenue or other public law of a foreign state. Rule 3 is based on a well-known decision of the English House of Lords in Government of India v Taylor which was found to be part of the law of Jersey in Re Tucker and was confirmed to remain good law in the present case.

In the particular circumstances of the case, the court concluded that it was appropriate to grant consent under the Recognition Order and to vary the Consent Order so as to permit the Trustee to comply with the Information Notice.

In respect of the Recognition Order, it is for the Court to determine the extent of restrictions it places upon the use of material obtained pursuant to an order under Article 49 of the Bankruptcy Law and therefore the Court must have jurisdiction to vary the restrictions in light of changed circumstances. The qualifying words used in the Recognition Order “save with the leave of this court” clearly envisaged this.

In respect of the Consent Order, the Court held that the Consent Order was not by its nature a final order and the Court is the ultimate arbiter of whether material supplied in proceedings may be disclosed elsewhere. The Court observed that documents disclosed under compulsion in ordinary public litigation are subject to an implied undertaking that they will not be used for any other purpose but the court undoubtedly has jurisdiction to permit disclosure where that it is appropriate.

The Court did not consider that variation of either the Recognition Order or the Consent Order to allow the Trustee to supply material to HMRC for the purposes of its investigation of Mr Halabi’s tax position amounted to indirect enforcement of a foreign tax law. In making this finding, it placed emphasis on the House of Lords authority of Re The State of Norway (Nos 1 and 2) where Lord Goff opined that he could not see “any extraterritorial exercise of sovereign authority in seeking the assistance of the courts of the United Kingdom in obtaining evidence that will be used for the enforcement of the revenue laws of Norway in Norway itself”. The Court found that Mr Halabi’s case mirrored the position in the State of Norway case, i.e. that the Schedule 36 powers were investigatory powers rather than enforcement powers.

The Court emphasised that, in general, consent to disclosure for tax purposes should not be given where there is an alternative route for obtaining that information (e.g. pursuant to the Tax Information Exchange Agreement between Jersey and the United Kingdom (“TIEA”)). Indeed, the fact that a person from whom HMRC seeks disclosure is subject to obligations to the Royal Court not to disclose that information would be sufficient to demonstrate that HMRC could not obtain the information in its own jurisdiction, discharging that requirement for the issue of a request under the TIEA without taking the further step of issuing an Information Notice. The Court was clearly seeking to avoid a future conflict of the same duties of disclosure and non-disclosure in the future.

However, in this case the terms of the relevant TIEA did not permit the exchange of material dating from prior to 2010 and HMRC required material dating back to 6 April 1993. It was also instructive that HMRC had applied under the TIEA in respect of the post 2010 information required by the time that judgment was handed down so would be most likely to obtain the material in any event.

The Court was also reluctant to frustrate HMRC’s access to material situated within the UK which it was entitled to obtain as a matter of English law and where an independent judicial monitor (the FTT) had found the information request to be reasonable.

Finally, the Court was mindful of Millett J’s warning in Bank of Crete SA v Koskatas (No 2) that the courts should be astute to avoid a situation where a party is placed in a position of having to infringe duties restricting dissemination of documents or information arising in one jurisdiction by reason of being subjected to duties of production in another jurisdiction.

The Halabi case provides a reminder that the Jersey courts have inherent jurisdiction to vary their own orders where persuaded that it is appropriate to do so, including to permit the use of documents or information obtained pursuant to such an order for purposes not originally contemplated. This may particularly be the case where a foreign tax investigation may otherwise be frustrated or where a party is on the horns of the dilemma of conflicting duties to courts in more than one jurisdiction.

The decision also illustrates that in the modern context, Dicey’s Rule 3 (insofar as it relates to the enforcement of foreign revenue laws) is now likely to be construed in a narrower sense than it was (for example) 30 years ago when Re Tucker was decided. The approach to judicial precedent under Jersey law facilitates such development.

In the ordinary course of events, the Jersey courts will expect foreign tax authorities to use the properly established mechanisms (e.g. under applicable Tax Information Exchange Agreements) to obtain information situated in Jersey or otherwise within the jurisdiction of the Jersey courts. Jersey has now entered into TIEAs with over 35 jurisdictions based upon the OECD model agreement on Exchange of Information on Tax Matters, which should be the first port of call to obtain tax information concerning a taxpayer under investigation.

Andreas Kistler acted for a party convened to the Trustee’s application. 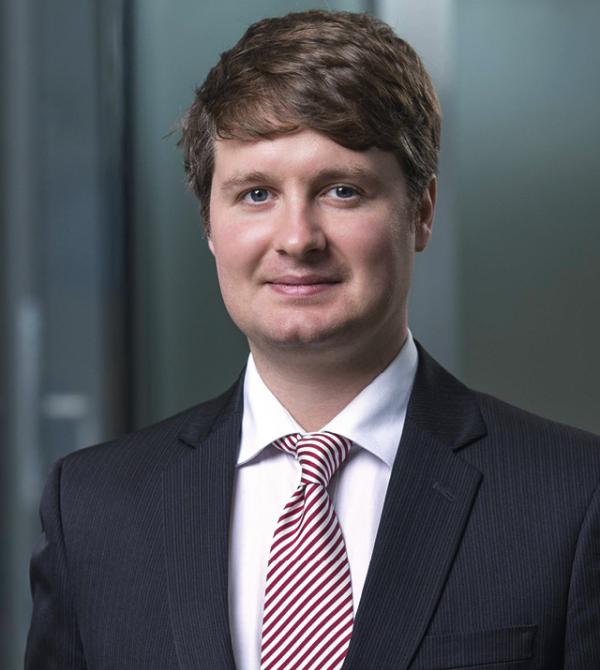