In ATF Overseas Holdings Limited v The Jersey Competition and Regulatory Authority [2018] JRC 004, the Royal Court has for the first time considered an appeal against a finding by the Jersey Competition and Regulatory Authority (the JCRA) of abuse of a dominant position. Carey Olsen successfully acted for ATF Overseas Holdings Limited (ATF) in appealing the JCRA’s finding.

In 2016, the JCRA found that ATF had abused its dominant position in the supply of aviation fuel at Jersey Airport contrary to the Competition (Jersey) Law 2005 (the Law). It was found to have done so by refusing to supply aviation fuel to Aviation Beauport Limited (ABP) for the purpose of resale and by charging ABP prices that were allegedly higher than those paid by other customers purchasing similar volumes of fuel.

Rubis decided to cease the supply of fuel at Jersey Airport. On short notice, ATF started its business from scratch, which required it to make a significant investment in new infrastructure and equipment. It secured a non-exclusive licensing agreement in 2014 which permitted it to operate and it began to negotiate with its prospective new customers. Negotiations between ATF and ABP failed because ABP was unable to confirm that it was licensed to deliver fuel at wing-tip and ATF refused to sell fuel to ABP for onward re-sale. ABP subsequently made a formal complaint to the JCRA about ATF’s conduct. It also alleged that it was being discriminated against in the price it was required to pay for fuel for use by the aircraft it operated.  The JCRA concluded that ATF had breached the Law. It held that ATF had provided no objective justification for its restrictions on sales to third parties by ABP, nor for its discrimination in pricing. In so doing, ATF had limited ABP’s activities in the market for ground handling services. Customers had been harmed, it was alleged, because their ability to choose how they purchased services had been removed, as had their ability to purchase a comprehensive bundle of ground handling services from a single supplier. ABP had suffered unfair discriminatory prices which were higher than those charged to other customers of ATF. The refusal to supply and price discrimination constituted an abuse by ATF of its dominant position.

ATF’s position was that it did not reserve the market for the supply of aviation fuel to itself and that it was a matter for the operator of Jersey Airport, Ports of Jersey Limited (POJL), to decide who was authorised to operate as a supplier of aviation fuel. It also denied that it charged discriminatory prices to ABP.

The JCRA’s position was that it was normal industry practice for ABP to be able to supply fuel as well as other ground handling services to its customers. A refusal to allow this was discriminatory and deviated from normal industry practice. The Royal Court found, however, that allowing ABP to operate in this way was only one of three ways in which a re-seller of fuel could operate in accordance with normal industry practice and that it was reasonable for ATF to have refused permission to ABP to operate as it wished on the basis of safety concerns. The Court also found that ABP had suffered neither competitive nor commercial harm as a result of ATF’s conduct.

The Royal Court considered the effect of ATF’s decision to impose a condition of trading on ABP under which ABP could not re-sell fuel to its customers. It held that the effect of this was to reduce competition but this did not automatically mean that ATF had abused its dominant position. It noted that the logical consequence of a reduction in competition was an increase in prices, whereas, in fact, prices had decreased. The only change for ABP was that it could no longer offer the supply of fuel as part of its range of ground handling services, meaning one extra phone call for its customers to obtain their fuel requirements. ATF and ABP did not compete in the same downstream market of ground handling services. ATF operated in the market for the sale of aviation fuel not the market in ground handling services. It gained no benefit from the revenue earned by ABP from its ground handling operations. It was considered relevant that ABP itself had a monopoly in that market and that it was not appropriate to require ATF to continue the trade practices of Rubis which had, perhaps unintentionally, had the effect of consolidating ABP’s monopoly to the prejudice of ABP’s potential competitors.

The Royal Court considered the leading European Union case of Oscar Bronner v Mediaprint [1991] ECR I-7791 in which it was held that it was a strong thing to require an entity to share its facilities which it had created with a trade competitor. It was found to be inappropriate in the present case in which ATF had assumed a risk in making substantial investment in order to develop its business without any guarantee of recovery. Unlike in other cases, ATF’s investment in fuel storage and delivery infrastructure and equipment was not ancillary to the purpose of its business of supplying fuel. On the contrary it was central to it.

In summary, ATF’s refusal to re-sell fuel to ABP was not abusive because there was no price penalty for ABP’s customers, ATF was entitled to arrange its business in a way that kept its own risks under control and it would be inimical to competition to require ATF to operate in the same way as Rubis.

In the event that a business is found to have abused its dominant position, it is a defence for it to say that it was objectively justified in acting as it did. In the present case, ATF asserted objective justification including the fact that ABP was not licensed to sell fuel at Jersey Airport and ATF would not participate in a breach of the applicable laws and regulations and the policy of POJL as the operator of Jersey Airport. The Royal Court found that POJL was able to require re-sellers of aviation fuel to be licensed and was responsible for approving any arrangements for the sale or re-sale of aviation fuel on safety grounds. It was therefore necessary for ABP as a matter of both law and practice to obtain a licence from POJL before it could engage in any re-selling. As ABP failed to obtain or even apply for the necessary licence, ATF was objectively justified in refusing to supply ABP.

On considering the details of the sale of fuel by ATF to all of its customers, rather than the more restricted analysis undertaken by the JCRA, the Royal Court found that there had been no price discrimination against ABP. It had not been charged a higher price than equivalent purchasers with one possible exception and that exception was justified. It was permissible to charge customers in different ways. ATF was a new business which had offered a favourable deal (i.e. a reduced price) to its first “early-adopter” customer as a recognition of the fact that this customer had in effect established ATF’s business. It was held that this was an acceptable decision to make and that it would be unfair to require ATF to offer the same favourable pricing structure to all those who came later to the negotiating table. This first customer also operated in a different market to ABP. Large customers operating scheduled flights could benefit from reduced prices because the predictability of their operations allowed ATF to manage its stocks and staff efficiently. This differed from the nature of ABP’s charter flights which were unpredictable and therefore more costly to service due to the higher staff and fuel costs entailed in providing a service at short notice.

Both the early-adopter point and the predictability of a customer’s requirements constituted objective justifications for ATF’s conduct. The fact that customers purchasing aviation fuel received a considerably better deal from ATF than they had from Rubis and ABP in the years before ATF started its business was again considered highly relevant and led to ABP’s contentions being viewed with circumspection. Indeed, not only was the fuel supplied at cheaper prices but it was also found to have been of improved quality than that which had previously been supplied.

Having rejected both arguments made by the JCRA, the Royal Court set aside the JCRA’s decision and allowed ATF’s appeal.

This case is significant as the Royal Court’s first consideration of an appeal against a finding by the Competition regulator of abuse of dominant position. It reflects the influence of UK and European Union competition law and confirms the persuasiveness of guidance provided by UK and European Union competition authorities. It confirms that the merits of a decision made by the JCRA may be reconsidered and, where appropriate, the decision may be overturned. 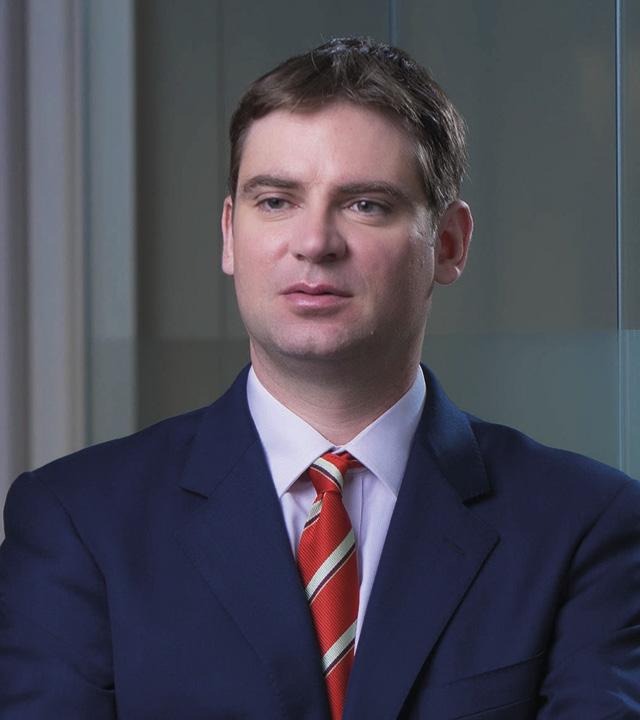