Carey Olsen’s BVI litigation team has secured a landmark decision in which the Commercial Court in the BVI has approved a third party funding agreement and confirmed, in the first reasoned written judgment from the Court to do so, that third party funding for litigation and other liquidation fees and expenses, in appropriate cases and on appropriate terms, is permissible as a matter of BVI law.

Exential Investments Inc. (the “Company”) formed part of a group of companies (the “Exential Group”) that operated a Ponzi scheme between 2011 and 2016. The Exential Group lured investors with promises of a low risk, high reward foreign exchange trading program that purportedly used a sophisticated proprietary trading algorithm to guarantee returns. During the life of the Ponzi scheme, it is believed that investors parted with US$250-500 million, with the typical investor investing a five figure sum in the Ponzi scheme. The Exential group collapsed in 2016, leading to criminal and regulatory investigations and the jailing in Dubai of its main protagonists. Thousands of individual investors were left out of pocket.

On 27 July 2020, on application by Carey Olsen the BVI Court appointed Russell Crumpler and David Standish of KPMG as Joint Liquidators of the Company. In order to make recoveries for creditors, the Joint Liquidators will need to undertake investigations in a number of jurisdictions and in the fullness of time, bring recovery actions. Given the large number of relatively small creditors and the lack of available funding in the estate, the liquidators turned to the commercial third party funding market to meet their anticipated costs and expenses, including the costs of prospective litigation in various jurisdictions. This is a common scenario faced by liquidators of BVI companies, where all too often there are few, if any, liquid assets available to fund investigations and claims and where a large group of fraud victims may not have the further resources or organisation needed to fund and pursue extensive collective recovery action.

Maintenance involves the procurement by direct or indirect financial assistance of another person to institute or carry on or defend civil proceedings, without lawful justification. Champerty is an aggravated form of maintenance and occurs when the person maintaining another does so for a share of the proceeds of the action.

These rules originate from medieval times and aim to prevent ‘wanton and officious intermeddling’ with the disputes of others, in which the inter-meddler has no interest - and where the assistance he renders to the other party is without justification or excuse.

Justice Jack took particular note of the fact that the BVI legislature had abolished common law criminal offences relating to maintenance and champerty in 1997 and expressly repealed the Champerty Act and the Maintenance and Embracery Act 1540 in relation to the Territory. He relied upon the submission put to him that in doing so, the BVI legislature did not reproduce the wording in the England and Wales statutory equivalent that expressly preserved the rule of public policy against maintenance and champerty. He accepted that this suggested that the BVI legislature was not concerned with any breach of public policy from the making of litigation funding arrangements. Further, in modern times, the risks once

posed by maintenance and champerty have been mitigated by the independence of the judiciary and a developed legal profession with the result that several common law jurisdictions, including England and Wales, Australia, Bermuda, Cayman, Hong Kong and Jersey have all recognised that these rules do not prohibit commercial third party litigation funding, provided such funding is not contrary to public policy.

In his considered written judgment, Justice Adrian Jack referred to the law and guidance drawn to his attention from these other common law jurisdictions, citing in particular the decision of the English Court in London & Regional (St George’s Court) Ltd v Ministry of Defence & Anor [2008] EWHC 526 (TCC) which emphasised that third party litigation funding in itself does not offend either the rules against maintenance and champerty or public policy, and that the law in this area has evolved to the much narrower remit of “protecting the integrity of the litigation process”. He also adopted reference made to the Final Report from the English Review of Civil Litigation in which Jackson LJ concluded that third party funding is beneficial and to be supported.

Applying those principles, the judge went on to find that the funding arrangement entered into by the Company and the Joint Liquidators was lawful and not contrary to BVI public policy. Indeed, he expressly found that the contrary is the case and sanctioned the arrangement, concluding by finding that: “Without the funding, the liquidators would be unable to obtain recoveries for the benefit of the creditors of the company. Approving the funding arrangement is in the current case essential to ensure access to justice”.

Although the BVI Courts have previously expressed support in general terms for third party litigation funding and allowed it in appropriate cases, this is the first time the BVI Commercial Court has issued a written reasoned judgment on the subject which can be relied upon in other cases. This decision therefore reinforces the positive message that the BVI is a modern, pragmatic commercial jurisdiction that welcomes the access to justice that third party litigation funding can provide. The BVI is therefore “open for business” to professional funders looking to fund meritorious litigation and liquidations for a commercial return. We expect this to increase the already growing appetite among litigation funders to fund BVI liquidations and litigation, and to encourage creditors, liquidators and litigants to explore funding options.  In a global economy reacting to the coronavirus pandemic and the economic shifts that will follow, this should be seen as a welcome development.

In this case, the judge was satisfied that he should sanction the funding and give judgment based upon detailed written submissions prepared by Alex Hall Taylor QC, Richard Brown and Paul Griffiths from Carey Olsen’s BVI litigation team which reviewed the case law on funding from numerous distinctions, highlighted the difference in the legislative position in the BVI, and addressed the balancing considerations of public policy and access to justice to which the judge referred. As no adversarial argument was heard, however, it remains to be seen what requirements or constraints the BVI Court may apply to third party funding in contested circumstances in the future.

A copy of the judgment, handed down on 29 September can be found on our website: In the Matter of Exential Investments Inc (In Liquidation) and in the matter of the Insolvency Act, 2003.

If you would like to discuss the options for funding litigation in the BVI please contact Alex Hall Taylor QC, Richard Brown or Paul Griffiths. 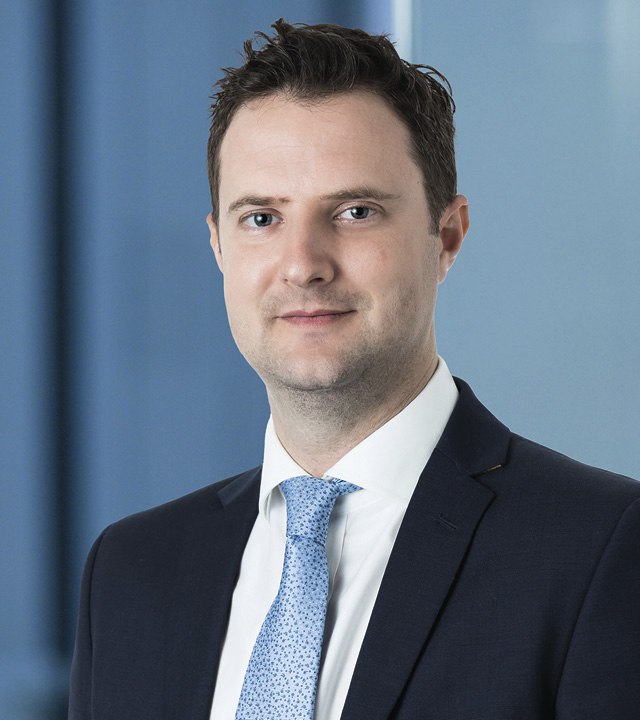