In two significant new decisions, the Royal Court has exercised the jurisdiction arising under s. 57 of the Trustee Act 1925 (UK) (“Trustee Act”) to vary three trusts governed by English law so as to confer general powers to self-deal. In doing so, the Court relied on Article 8 of the Hague Convention on the Law Applicable to Trusts and on their Recognition, despite the Convention not having direct effect in Jersey law.

The Royal Court also considered its ability to approve a trustee’s decision under Article 51 of the Trusts (Jersey) Law 1986 (“Trusts Law”), and the relationship between the second (approval of momentous decision) and third (surrender of discretion) categories set out in Public Trustee v Cooper.

The trusts in both cases were declared in England by the settlors while they were resident there and they originally had English trustees. Although the trusts contained no explicit choice of law clause, it was clear that the proper law of the trusts was English law, not least given numerous references in the trust instruments to English statute.

By the time the application was made, all of the trusts had Jersey trustees, the trust assets were situated in Jersey and the trusts were administered in Jersey. Accordingly, the Royal Court had jurisdiction over the trusts pursuant to Article 5 of the Trusts Law.

Each of the trusts had a different set of trustees. The trustees and the investment companies of which the shares were held by the trustees in the trust funds, and the trust of which they were trustee, had some directors in common. None of the trusts contained provisions authorising self-dealing, as would be common in modern instruments.

On a number of occasions the trustees had transacted in a manner which they later learned had offended the English law rule against self-dealing. These included transactions between underlying companies held by the trusts involving sales and loans. Although such transactions were not carried out directly by the trustees, Mr Le Poidevin explained that they were nevertheless caught by the rule given the overlap between the boards of the underlying companies and the trustees.

The trustees of each of the trusts made applications to the Royal Court seeking variation of the trusts to include a power to self-deal under s. 57 of the Trustee Act.

Save for the loan remediation exercise between the F Settlements, the trustees decided not to seek to unravel historic transactions but instead to seek a power to self-deal for future transactions.

Variation of the trusts to include powers to self-deal

The Court noted that it can vary Jersey law trusts to provide powers expedient in the management and administration of a trust pursuant to Article 47(3) of the Trusts Law. However, the proper law of the trusts was English law so that Article 47(3) was inapplicable.

The equivalent provision in English law is s. 57 of the trustee Act. The English Courts could vary the trusts under this provision but the question was whether the Royal Court could apply English law (i.e. s. 57) to do so. Section 67 of the Trustee Act provides that the “court” contemplated by s. 57 means the High Court of England and Wales or the County Court.

The Royal Court decided that it could apply s. 57. Its reasoning was as follows:

“although the Convention is not directly effective as a matter of Jersey law, it is appropriate for the Court to have regard to the contents of Article 8 of the Convention when considering the meaning and effect of Article 49(1) of the Law as set out above. Accordingly, we had no doubt that this Court does have the power to make an order under Section 57 of the Trustee Act 1925”.

The next question which the Royal Court had to consider was whether s. 57 permitted the trusts to be varied to include a general power to self-deal (i.e. rather than for the purpose of a specific transaction). The Royal Court found, with the benefit of Counsel’s opinion, that the s.57 jurisdiction did extend to the grant of general powers. The Court’s judgment preceded that in Cotterell v Allendale (2020) EWHC 2234 (Ch) in which the High Court made the equivalent finding.

The Royal Court referred to the three stage test from Alexander v Alexander [2011] EWHC 2721 (Ch) as applied in Re Portman Estate [2015] EWHC 536 (Ch). The first stage – that there was no power to carry out the transaction under the trust instrument – was clearly met. As to the second stage – that it was expedient for the trustees to be able to enter into the relevant transaction – the Royal Court noted that powers to self-deal are common and would allow the trustees to carry out transactions in the interests of the beneficiaries. The Royal Court also noted that the proposed power had been carefully drafted and incorporated various safeguards to protect the beneficiaries (e.g. a requirement for professional advice) and that the granting of the power would save the need for future applications. The third stage – that the Royal Court should exercise its discretion – was therefore satisfied.

The Royal Court noted that the three stage test applicable under English law had been applied in the Jersey authority of In the matter of the Greville Bathe Fund [2013] (2) JLR 402 which concerned the variation of a Jersey trust to include a new power (not a power to self-deal) under Article 47(3) of the Trusts Law.

The Royal Court took comfort from Mr Le Poidevin’s opinion that an order made by it would be recognised by the English Court given that the adult beneficiaries had submitted to the jurisdiction of the Royal Court.

Approval of the remediation exercise

The trustees of the 1964 and 1987 F Settlements sought approval for a remediation exercise to address an imbalance in investment returns as a result of interest free loans having been made between sub-funds of the F Settlements.

There is a well-trodden path for the blessing of decisions pursuant to Article 51 of the Trusts Law. The principles are set out in Re S Settlement [2001] JLR Note 37 which adopted the approach taken in the English case of Public Trustee v Cooper [2001] WTLR 901. Broadly speaking, there are four situations where a court will adjudicate on a course of action proposed or actually taken by trustees. It was the second (approval of a momentous decision) and third (surrender of discretion) categories that were of relevance in this case. As Hart J had anticipated in Public Trustee, these categories can be blurred as proved the case here.

A momentous decision was described in Kan v HSBC International Trustee Limited and others [2015] (1) JLR Note 31 as a matter of “real importance to the trust”.

The Royal Court accepted that the decision to undertake the remediation exercise was momentous and that the trustees and their directors were subject to a conflict of interest owing to the fact that they sought to remediate the consequences of a previous transaction affected by self-dealing and the remediation itself would also involve self-dealing.

Following the approach of Hart J in Public Trustee, the Court had to consider whether the conflict was so significant that the trustees had to surrender their discretion to the court, or whether the trustee could make the decision notwithstanding the conflict. The difference in the role of the Court is significant, as in the case of a surrender of discretion the Court must be put in a position to make the decision on the basis of all considerations and evidence necessary to do so, rather than reviewing a decision that the trustees have made.

On the facts, the Court was satisfied that the trustees were able to make a decision in the best interests of the beneficiaries and that the extent of the conflict was not to vitiate such a decision so that they would have to surrender their discretion to the Court. The Royal Court noted that although the loans were instances of self-dealing and that the trustees and their directors were subject to conflict, they should not be required to surrender their discretion to the Royal Court. They had not gained personally from the loans and did not stand to gain from the remediation exercise, save to the extent that they were heading off a theoretical exposure to litigation where the situation to remain unresolved. The Royal Court also gave weight to the fact that future litigation on the issue would not be in the interests of the beneficiaries and that the principal beneficiaries had agreed to the remediation exercise. As the Court was satisfied that that the trustees had formed their opinion in good faith and that the trustees’ decision was reasonable, the Court approved the trustee’s decision. 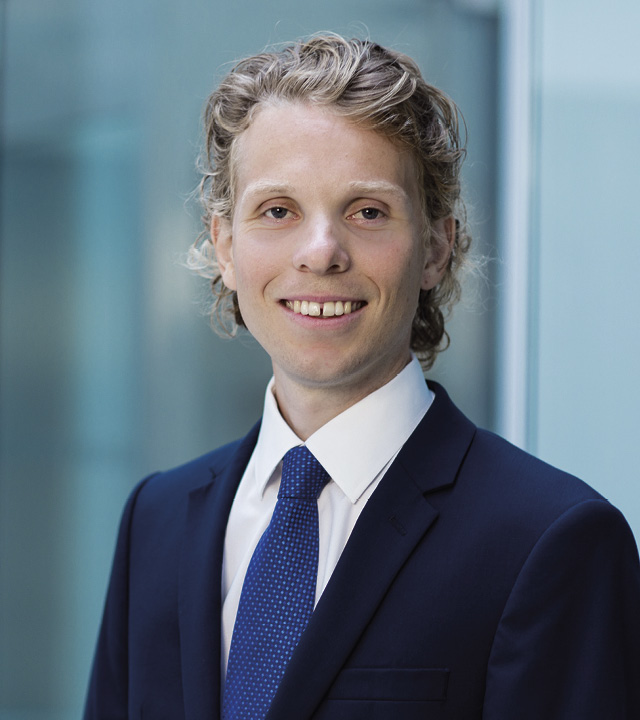