A recent decision of the Eastern Caribbean Court of Appeal in WWRT Limited -v- Carosan Trading Limited and Boris Kaufman (BVIHCMAP 2022/0002) has provided helpful clarification on a number of issues that commonly arise in connection with challenges to the BVI Court’s jurisdiction. One particular issue was whether the Russian invasion of Ukraine, which occurred after the Court had ruled that Ukraine and not the BVI was the proper forum for the trial of the action, could be relied upon by the claimant as a retrospective ground of appeal, on the basis that Ukraine was no longer an "available" forum.

The decision will be relevant for parties seeking to bring claims in the BVI courts where there are competing jurisdictions and systems of law at play. Funders and ATE insurers will also find the decision of interest where they are considering the merits of funding cross-border claims involving BVI defendants. A copy of the judgment is available here.

WWRT had commenced proceedings in the BVI against Carosan, a BVI company, and BK, a Ukrainian businessman. WWRT claimed to be an assignee of certain claims by virtue of a Ukrainian law assignment agreement transferring rights in certain loans issued by a Ukrainian bank. Neither of the defendants was a party to any of the assigned loan agreements, and WWRT’s claims were brought under the tort/delict provisions of Article 1166 of the Ukrainian civil code, which it claimed had been assigned to it together with contractual rights under the loan agreements. Carosan, a BVI company, was served as of right in the BVI, and BK was served out of the jurisdiction in Ukraine, as a necessary or proper party to WWRT’s claims against Carosan.

BK applied to set aside service of the claim form on the basis that there was no serious issue to be tried, as WWRT had not taken an assignment of the tort claims it was asserting, relying on a plain reading of the assignment agreement and expert evidence on the Ukrainian law of assignment. BK also argued that, in any event, Ukraine and not the BVI was clearly and distinctly the more appropriate forum for the determination of the claims. Carosan also applied for a jurisdictional stay of the proceedings on the same basis.

In December 2021 the Commercial Court (Justice Adrian Jack) granted BK’s and Carosan’s applications. The Judge assessed the written evidence of two Ukrainian law experts as to the Ukrainian law relating to assignments. He found that neither of the experts had provided evidence of any particular rules of contractual construction, and he therefore interpreted the agreement in accordance with its natural and ordinary meaning, finding that there was no basis for saying that non-contractual claims against third parties had been assigned. In so finding, he rejected as "fanciful" the conclusion of WWRT’s expert that such claims had been transferred.

The Judge went on to find that in any event, Ukraine and not the BVI was clearly and distinctly the more appropriate forum for the determination of the claim, after assessing the connections between the claim and Ukraine and finding that they “all pointed one way”, and that the claim “bristled” with issues of Ukrainian law.

WWRT filed an appeal against the decision in January 2022, on the basis that the Judge was wrong to have interpreted the assignment agreement without guidance from the experts as to matters of construction, and that he should not have rejected the conclusion of WWRT's expert. WWRT also argued that the judge exceeded the generous ambit open to him in concluding that Ukraine was the natural forum for the determination of the claim, by taking into account irrelevant factors, and ignoring relevant factors.  Importantly, at the time the appeal was filed (prior to the Russian invasion of Ukraine), WWRT did not seek to argue that Ukraine was not an available forum for the purposes of the determination of the claim.

Secondly, the Court upheld the Judge’s rejection of the evidence advanced by WWRT’s expert on the basis that it was illogical, and was comprehensively answered by the respondent’s expert. The Court of Appeal was satisfied that the Judge recognised that he should be cautious before reaching such a conclusion, stressing that he had carefully considered the evidence of both experts and that an appeal court should be reluctant to interfere with a trial judge’s assessment of witness evidence. Accordingly, it was open to the Judge to conclude that the tort claims had not been assigned, and there was no serious issue to be tried.

On 24 February 2022, after WWRT had filed its appeal, Russia commenced its invasion of Ukraine. Subsequently, WWRT filed an application to introduce evidence that the Ukrainian court system was not functioning as a result of the invasion and declaration of martial law in Ukraine. On the basis of that evidence, WWRT sought to amend its Notice of Appeal to include an argument that Ukraine was no longer an available forum, even if it was the natural forum for the determination of the claim.

The Court of Appeal refused to admit the new evidence or the amendment of the Grounds of Appeal. Giving judgment, Chief Justice Pereira ruled that the Ladd v Marshall test “does not… contemplate that evidence that did not exist at the time of the trial or a change in circumstance post-trial could be evidence adduced before the Court of Appeal”. She went on to conclude that “it would be incongruous to say that an order setting aside service out made by the court below may be considered to be wrong on appeal because by the time of hearing the appeal circumstances had changed as it relates to the forum limb of the service out test”.

The Chief Justice went on to uphold the Judge’s decision that Ukraine and not the BVI was the forum with the closest connection to the claim. The Court of Appeal emphasised that decisions on forum issues were pre-eminently a matter for the trial judge, and that an appellate court would be reluctant to interfere with the trial judge’s decision, save where it exceeded the “generous ambit within which reasonable disagreement is possible”.

These are now trite principles, but the judgment serves as a sound reminder that appeals against forum decisions face a high bar to succeed. Of particular note in this case, however, was that almost all of the factors relied upon by WWRT (to which, it argued, the Judge had failed to give appropriate weight) were related to Carosan’s incorporation in the BVI. The Court stressed that whilst that was a “strong pointer” to be considered alongside other factors, it should not be considered a “quintessential” connecting factor. The Court also rejected WWRT’s reliance on the fact that the BVI courts regularly determine issues of foreign law, stressing that this was not, without more, a valid criterion for determining the appropriateness of the forum.

Forum challenges are common in international litigation. In deciding where proceedings should be issued, claimants need to carefully consider the connecting factors and think ahead to arguments that a foreign defendant may raise in challenging jurisdiction. Equally, funders and ATE insurers need to ensure that any advice they receive and rely upon before committing to funding has properly factored in forum issues. This decision is a reminder that the mere presence of a defendant in the BVI will not trump other factors in the assessment of the appropriate forum. The decision also emphasises the importance of obtaining good quality advice on any relevant issues of foreign law at an early stage, to avoid unhelpful decisions before proceedings have even got off the ground. 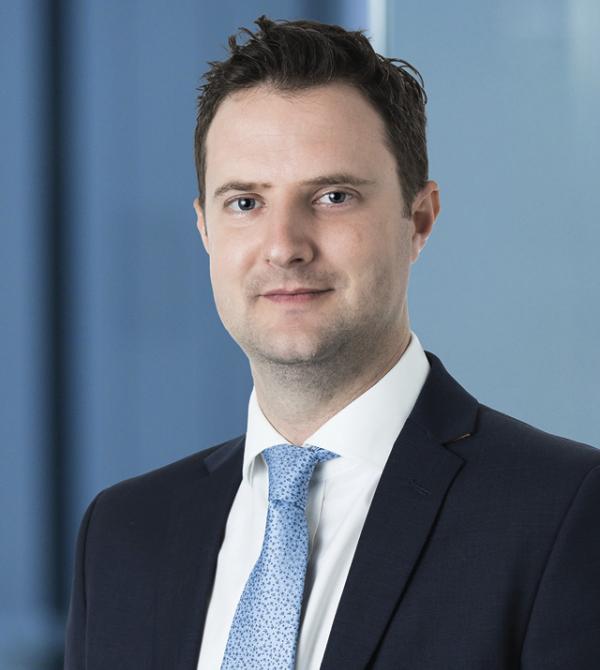