Guernsey has traditionally been a favoured domicile for Shariah compliant structures.

We are seeing renewed interest in these types of structures – particularly from fund managers who have not previously targeted Shariah investors - as (i) sovereign wealth funds, pension funds and HNW individuals from the Middle East and South East Asia diversify into alternative assets like private equity (PE), and (ii) traditional or "western" managers look to expand into the Shariah market by establishing bespoke feeder or parallel funds in Guernsey which offer a Shariah compliant route into their conventional funds.  With the introduction of new fast-track regimes to attract overseas managers/funds to Guernsey, we hope to see more promoters enter this space in future.

In this article we discuss the principles underpinning Shariah compliant investments and some particular fund structuring techniques for Shariah investors.

Such restrictions are typically incompatible with traditional/western models of investment which involve a fixed return component or riba, or otherwise require Shariah investors to be excused from investments on the basis they are not halal.  In PE funds, interest-bearing debt at the portfolio company level and with any Guernsey holding companies can be of concern to Shariah investors. In addition, fund documents must be tailored to remove instances of riba which would typically apply (for example, when a fund charges interest on late contributions or when the investment policy permits the fund to invest surplus cash in interest-bearing temporary investments).

For all of these reasons it is normal to establish separate feeder or parallel fund vehicles for Shariah investors so that investment terms can be tailored for them and/or to permit them to be excused from investments which are not halal.  These vehicles can be structured as limited partnerships issuing partnership interests, trusts issuing units, trust interests or certificates, and protected cell companies.

Naturally, any manager would weigh the cost/time implications and inherent complexity in managing multiple vehicles against the significance of the financial contribution to be made by the Shariah investors.

There are numerous techniques to achieve Shariah compliant investments, all of which have at their core an interest-free component.  Ultimately, the goal is to allow Shariah investors to indirectly invest into a traditional/western target fund (e.g. real estate or a PE fund) in a manner that complies with Shariah principles whilst also treating the investor, from an economic perspective, as if they were a direct investor in the target fund.  A common approach is to transmit such investments into the target via  Shariah compliant financing using one or more Guernsey holding companies.  The structures can be complex and depend on the requirements of each investor's Shariah adviser (whose opinions can vary, meaning there can be different routes for different investors into the same target).

In the example below, the Shariah investor appoints a Guernsey holding company as its agent (wakeel) to enter into the financing transactions on its behalf.  The Guernsey company (Finance Co) acts as a financier and enters into a Shariah compliant financing with a second Guernsey holding company (in this case, a commodity murabaha – see below). This latter company (Investment Co) then applies the proceeds of the Shariah compliant financing towards an investment in the underlying target fund.

How Does The Commodity Murabaha Agreement Work?

The Guernsey holding companies are orphan entities, meaning they are 100 per cent owned by a Guernsey non-charitable purpose trust and remain “off balance sheet’’ for the investor and the sponsor. They are usually directed by a board of directors comprising directors from the sponsor and/or independent non-executive directors. In terms of Guernsey tax, there is no tax leakage as the Guernsey holding companies are tax neutral in Guernsey.  There are no capital gains taxes and no withholding taxes in Guernsey in this context.

From an administration perspective, the administrator, such as IQ-EQ, works closely with advisers to ensure that repayment dates under a murabaha contract are aligned with the distribution cycle of a fund to  guarantee that cash is passed up a structure efficiently.

In situations where there might be solvency concerns for the financing structure following a significant downward revaluation of underlying assets, the use of a Wa’d can mitigate such a risk.   In the example above, Finance Co would be obligated to absorb any shortfall in the original murabaha contract with Investment Co in the event that Investment Co has insufficient funds to settle the contract itself when the investment is sold.  Accordingly, the Wa’d acts as a guarantee that in the event of insolvency, the ultimate Shariah investor will provide funds in order to repay the original murabaha in full.

Guernsey is a preferred destination for such structures because of its (i) political and economic stability, its trusted legal system and tax neutrality; (ii) pragmatic and proportionate regulation, meaning some or all parts of the structure can be unregulated (if desired); and (iii) world class legal, accounting and administration service providers who regularly deal with Shariah compliant structures.

Guernsey has also traditionally had strong ties with the Middle East and South East Asia and we have developed close relationships with clients and advisers in those regions including the Shariah committees or board of advisors that review the structures and issue opinions as to their compliance with Shariah principles.

Andrew Tually co-authored this article with Jacques Vermeulen of IQ-EQ.

An original version of this article was first published by IFC Review, October 2021. 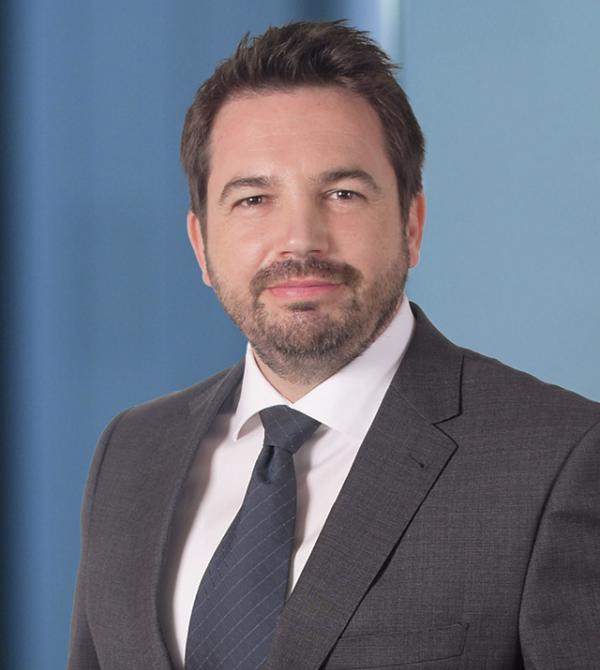