The Supreme Court of Bermuda has clarified the rules for granting common law recognition and assistance to foreign office holders following the landmark Privy Council decision of Singularis Holdings Ltd v Pricewaterhouse Coopers [2015] A.C. 1675. The decision demonstrates that the Bermuda Courts are willing to take a robust approach to foreign office holders who arrive in Bermuda seeking to use common law recognition as an evidence gathering tool for litigation.

Foreign liquidators may apply for recognition in Bermuda pursuant to the common law by the application of the principles of comity. There are no statutory mechanisms in Bermuda for the recognition of foreign insolvency proceedings or for cross-border cooperation in insolvency or restructurings. Bermuda has not adopted the UNCITRAL Model Law on Cross-Border Insolvency.

However, there are examples in case law of the Bermuda Court exercising its common law powers to recognise foreign insolvency and restructuring proceedings and to cooperate with courts of foreign jurisdictions, particularly in circumstances where:

The factual history of this case was protracted but pertinent to the judgment of the Supreme Court. On 19 July 2019 the Supreme Court of Bermuda granted an ex parte order recognising the appointment in England and Wales of Mr Stephen John Hunt (‘Mr Hunt’) as liquidator of Transworld Payment Solutions U.K. Limited (‘the Company’) pursuant to a compulsory winding up order made in the High Court of England and Wales on 22 September 2014.

Chief Justice Hargun found that the sole object of the restoration of the Company was to pursue potential claims against First Curaçao International Bank NV (‘FCIB’) and other entities or individuals. In February 2016 Mr Hunt, by way of his solicitors, sent a letter before action to, inter alia, FCIB. Those claims were expanded and set out in draft Particulars of Claim on 9 April 2018.

The application for recognition of the appointment of Mr Hunt as liquidator of the Company was made ex parte to the Supreme Court of Bermuda in June 2019. In that application Mr Hunt asserted that recognition in Bermuda may prove necessary to enforce compliance with any orders made in other proceedings and/or would give him the authority to request the relevant documentation in the absence of cooperation in the liquidation. The Supreme Court of Bermuda granted the ex parte order on 19 July 2019.

Transworld Payment Solutions Limited (‘Transworld Bermuda’), a company incorporated in Bermuda, applied for an order to discharge the ex parte order on 11 October 2019.

The Supreme Court of Bermuda discharged the ex parte order recognising in Bermuda the appointment of Mr Hunt as liquidator of the Company by the English High Court and corresponding ex parte orders granting him assistance in that capacity on the basis that:

Transworld Bermuda argued that recognition of Mr Hunt’s appointment in Bermuda was inappropriate and would serve no legitimate purpose on the basis that the principal purpose behind the recognition was to use the powers of the Bermuda Courts to gather information. The Court would be bound to refuse such relief since the information was sought in support of litigation which Mr Hunt had already determined to bring.

The Court agreed that the concepts of recognition and assistance are different:

‘Recognition simply involves recognising, in accordance with principles of private international law, the authority of the foreign officeholder to deal with the assets of the debtor located in the foreign jurisdiction. The general rule is that the court will recognise at common law only, the authority of the liquidator appointed under the law of the place of incorporation of the company.’[2]

‘the essence of the principle consists, as Lord Sumption JSC notes in his para 14(i), in the recognition by one court of the foreign liquidator’s power of disposition over the company’s assets in the domestic jurisdiction. That justified an order [in Re African Farms [1906] TS 373] restraining the disposition or seizure inconsistently with the foreign liquidation.’

The Court accepted as a matter of private international law that Mr Hunt had authority as liquidator of the Company to deal with the assets of the Company in Bermuda. However, it was accepted by all parties to the litigation that the Company had no assets within the jurisdiction of the Court of Bermuda. Accordingly, the Court concluded that Mr Hunt could not rely upon the existence of assets within the jurisdiction to support his application for recognition.

The alternative reason why a foreign officeholder would apply for recognition is that it enables the Court to provide active assistance, within the limitations on the common law as contained within Singularis.

The Court in Singularis emphasised that the limits to the power of assistance are implicit within the reasons for recognising their existence;

‘…In the first place, it is available only to assist the officers of a foreign court of insolvency jurisdiction or equivalent public officers. It would not, for example, be available to assist a voluntary winding up, which is essentially a private arrangement and although subject to the directions of the court is not conducted by or on behalf of an officer of the court. Secondly, it is a power of assistance. It exists for the purpose of enabling those courts to surmount the problems posed for a world-wide winding up of the company’s affairs by the territorial limits of each court’s powers. It is not therefore available to enable them to do something which they could not do even under the law by which they were appointed. Thirdly, it is available only when it is necessary for the performance of the officeholder’s functions. Fourth, the power is subject to the limitation in In re African Farms Ltd and in HIH and Rubin, that such an order must be consistent with the substantive law and public policy of the assisting court, in this case that of Bermuda.’[3]

Emphasis was placed in the current case on the final sentence of paragraph [25] of Singularis that,

‘Common law powers of this kind are not a permissible mode of obtaining material for use in actual or anticipated litigation. That field is covered by rules of forensic procedure and statutory provisions for obtaining evidence in foreign jurisdictions which liquidators, like other litigants or potential litigants, must accept with all their limitations.’[4]

The Court accepted that there is therefore a specific restriction on using the common law power to obtain material for use in actual or anticipated foreign litigation. Transworld Bermuda submitted that the real reason why recognition was sought was to enable Mr Hunt to seek the assistance of the Bermudian Court to obtain the information he sought to use in the contemplated proceedings in England.

Chief Justice Hargun agreed that the information requests, made in correspondence to Transworld Bermuda after the grant of the ex parte order, were requests in aid of the contemplated English proceedings. Having regard to all the circumstances, the Court found that it was clear that, ‘the sole purpose of obtaining the recognition order was to clothe Mr Hunt with the authority of this Court so that he could obtain information and evidence for use in the contemplated proceedings in England.’[5]

The Court recognised that it has a discretion, in the circumstances that an applicant is committing an abuse of process for an illegitimate purpose, to refuse recognition.[6] Chief Justice Hargun found that as there was no other legitimate reason for the granting of a recognition order the ex parte order was discharged accordingly. The Court provided detailed analysis of the other grounds advanced in support of the recognition order as simply, ‘makeweights and on examination, lack[ing] any substance.’[7]

Transworld Bermuda submitted in the alternative that the application for the recognition order fell outside the second restriction in Singularis in so far as the common law power of assistance, ‘is not available to enable them to do something which they could not do even under the law by which they were appointed.’ Transworld Bermuda argued that the information requests by Mr Hunt would be considered oppressive under English law as they were clearly for the purpose of gathering information to support litigation that Mr Hunt already decided to commence. While the Court did not consider it necessary to express a final view on this ground on the basis that the order was discharged as above, Chief Justice Hargun did agree that such a submission in respect of the Respondent’s case would be, ‘strongly arguable.’[8]

The ex parte order also contained a ‘stay order’ in relation to any proceedings against the Company within the jurisdiction. Chief Justice Hargun confirmed that the stay order would have been set aside as it served no legitimate purpose on the basis that there were no assets of the Company in the jurisdiction. However, the Chief Justice declined to rule on whether it is always inappropriate to order a stay of proceedings in respect of creditor claims by the general body of creditors of the insolvent company as was suggested in the New South Wales case of Independent Insurance Company Ltd [2005] NSWSC 587. Rather, the Chief Justice noted that such orders can serve a useful purpose when there are assets within the jurisdiction and there is justifiable apprehension that actions are likely to be commenced by some, as yet unidentified creditors of the insolvent company. The Chief Justice noted that this appeared to be the reasoning of Kawaley CJ in Re Founding Partners Global Fund Ltd [2009] Bda LR 35. The door therefore remains potentially open for such an order where there are assets of the foreign company within the jurisdiction of the Bermuda court.

The approach of the Supreme Court of Bermuda in this case provides a useful starting point when considering the limitations to the concept of ‘modified universalism’.

The judgment affirms the court’s common law powers to assist foreign office holders in foreign liquidations as accepted by the Privy Council in Singularis but only within the described limitations. The decision provides reassurance to Bermuda targets of information requests from foreign liquidators that a robust approach is likely to be taken by the Bermuda Court in circumstances where a liquidator is seeking their assistance to use common law recognition for an illegitimate purpose, such as an evidence gathering tool for litigation.

This article first appeared in Volume 18, Issue 3 of International Corporate Rescue and is reprinted with the permission of Chase Cambria Publishing - www.chasecambria.com.

Our initial analysis of this case is available in a briefing by Keith Robinson and Henry Tucker, which was originally published in July 2020. 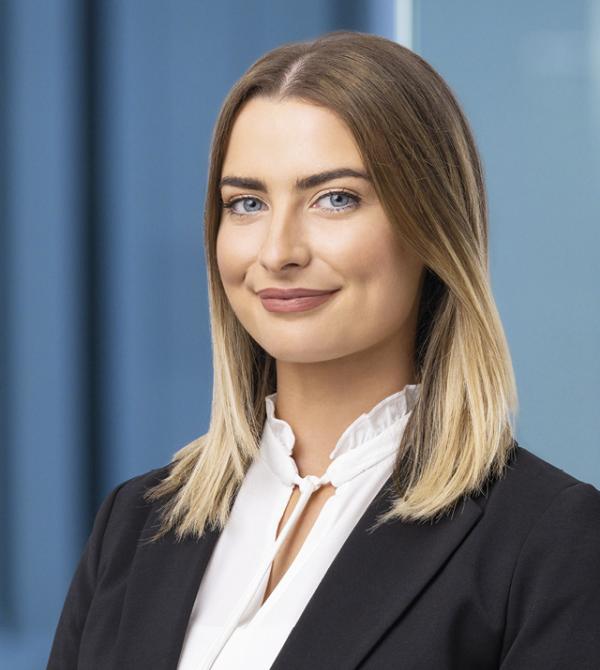