What Brexit means for Guernsey and Jersey

The UK officially ceased to be a Member State of the European Union (“EU”) on 31st January 2020, and the UK and EU are now in the final weeks of the agreed transition period which ends on 31st December 2020

During this transition period the relationship between Guernsey and Jersey on the one hand, and the EU on the other, will not change. It continues in accordance with the existing trading relationship by virtue of Protocol 3 to the UK’s treaty of Accession to the European Union (“Protocol 3”). Protocol 3 continues to apply until December 31st 2020 when new, post-Brexit arrangements will fall into place.

Guernsey and Jersey are Crown Dependencies, whose relationship with Britain stems from the sovereignty of the British Crown, rather than the UK Parliament or HM Government. Whilst Brexit undoubtedly has implications for many aspects of the relationship that Guernsey and Jersey have with the EU, its effect differs from that in the UK. This updated Brexit briefing looks at the direct implications of Brexit on the Channel Islands in the following key areas:

The Bailiwick of Guernsey (comprising the islands of Guernsey, Alderney, Sark and Herm) (“Guernsey”) and The Bailiwick of Jersey (“Jersey”) form the Channel Islands, situated in the Bay of St Malo off the northwest coast of France. Although closely connected to the United Kingdom, the Channel Islands are not subject to the laws of the UK, and are not a part of the EU.

The Channel Islands’ status as a Crown Dependency means that its constitutional relationship with Britain is with the legal institution of the British Crown as currently embodied by Her Majesty Queen Elizabeth II (the “Crown”), rather than the UK Parliament or HM Government. Jersey and Guernsey make their own domestic legislation, although local laws passed by the States require ratification or sanction by Order in Council of Her Majesty by her Privy Council.

The Channel Islands' historic relationship with the EU

Under Protocol 3 the authorities in Guernsey and Jersey were required to treat natural and legal persons of the EU equally and in a non-discriminatory fashion. In practice this has meant that EU citizens had unrestricted visitor access to the Channel Islands, as part of the Common Travel Area (the “CTA”). However, the Channel Islands were entitled to, and did, establish their own separate policies in relation to the right to live and work which were different to the polices that applied in the UK and the EU.

The free movement of people between the Channel Islands and the UK is a long standing constitutional position, the current manifestation of which is in the CTA between the UK, Jersey, Guernsey, Isle of Man, Northern Ireland, and the Republic of Ireland. The CTA allows for largely unrestricted travel between the jurisdictions, and this will continue to operate post-Brexit.

The Convention on Economic Co-operation and Development (otherwise known as the “OECD Convention”) was extended to Guernsey and Jersey in 1990 and the Channel Islands is deemed to be part of the UK for the purposes of its membership of the Organisation for Economic Co-Operation and Development (the “OECD”). OECD Decisions and Recommendations therefore apply to the Channel Islands to the same extent that they do to the UK, unless the contrary is otherwise specifically stated on a case by case basis.

Direct implications of Brexit on the Channel Islands

Brexit will impact how trade in goods between the Channel Islands and the EU functions, because Protocol 3 will cease. If the UK does not agree a trade deal with the EU before the end of the transition period, all goods directly imported from the EU into Guernsey will require relevant customs declarations, and customs tariffs may apply. Guidance has been published for affected businesses in a no deal scenario by both the Guernsey Border Agency Customs and Excise and the Government of Jersey.

However, the export of goods to the EU represents a relatively modest part of the economies of the Channel Islands. The main sector expected to be affected by the termination of Protocol 3 is fisheries, of which most exports presently go to France. However, the governments of Guernsey, Jersey and the Isle of Man have indicated that they will attempt to negotiate a similar arrangement with the EU to replace Protocol 3.

Most Channel Islands agricultural products are exported to the UK rather than to other Member States of the EU. Tariff-free reciprocal trade in goods between the UK and the Channel Islands arises out of long standing customary practices and under rights and arrangements set in Royal Charters. This position should therefore be unaffected by the UK leaving the EU.

In order to mitigate any impact on the flow of goods arriving into the Channel Islands by freight from the EU through UK borders, agreements have been reached with UK port authorities that trucks carrying goods destined for the Channel Islands will be prioritised, with specific traffic management in place around the main land routes, in order to manage any delays which may result at UK ports.

After the end of the transition period, the UK will become an independent trading country vis-à-vis the EU, and all previously existing trade arrangements will cease to apply.  The UK has agreed to renew a number of existing EU Free Trade Agreements with third countries, so that the same benefits will apply between the UK and those countries as before. The Channel Islands will benefit from all those agreements, as well as the most-favoured-nation status tariffs which apply by virtue of the extension to the Channel Islands of the UK’s membership of the WTO.

Where relevant, vessel owners are advised to retain documentation proving where their vessel is located at the end of the transition period.  Best possible evidence will be secured in the form of a notarised confirmatory letter from the marina, or where notarisation is not possible, owners should obtain and retain ordinary confirmatory letters, mooring invoices and receipts, time stamped photographs, and AIS track records.

Whilst neither Guernsey nor Jersey is a member of the EU, some aspects of EU legislation are adopted by the Channel Islands in compliance with the bilateral agreements in place between Guernsey and Jersey and member states of the EU, including for example a number of tax information exchange agreements with Member States. In addition, Guernsey and Jersey are able to market financial services into the EU because those services currently meet the stipulations imposed by the EU.  This should not change by virtue of the UK leaving the EU.

Although the General Data Protection Regulation (EU) 2016/679 (“GDPR”) does not have direct effect in the Channel Islands, Guernsey and Jersey have both adopted legislation based on the GDPR, and certain controllers and processors will be subject to its extra territorial reach.

The approval granted to Guernsey and Jersey as “third party countries with adequacy” (Commission Decision 2008/393/EC) (which means that the EU Commission has recognised that the Channel Islands have an adequate level of protection for transfers of personal data to and from the EU to take place without any further safeguards) is “grandfathered” into the GDPR and is due for review by the EU in or about 2021. It is not anticipated that the adequacy status will change following Brexit.

The UK is pursuing an adequacy assessment from the EU and has committed to continuing to free flow data to the EU and all adequate jurisdictions. However, if it does not obtain adequacy status, controllers and processors in the Channel Islands will need to treat the UK post-Brexit as a non-adequate third country for data protection purposes, which may add a layer of administrative complexity. In this regard in Guernsey, on 9 November 2020 a policy letter was published by the States of Guernsey requesting the approval of a draft Ordinance - The Data Protection (Authorised Jurisdiction) (Bailiwick of Guernsey) (Amendment) Ordinance, 2020. Approval of the draft Ordinance will ensure that the current regime regarding the free-flow of personal data between Guernsey and the UK is maintained until the end of 2021, in the event that the UK does not receive a data protection adequacy decision by the end of the transition period on 31 December 2020.  The draft Ordinance is due to be debated on 16 December 2020.  In Jersey, the Data Protection (Jersey) Law 2018 was amended to allow the free flow of data from Jersey to the UK during the transition period and the Information Commissioner is monitoring the position.

Guernsey and Jersey have committed to securing the rights of EU, EEA, and Swiss citizens and their family members resident in the Channel Islands following Brexit. There will be no immediate change to the status of EU, EEA, and Swiss citizens and their family members living in the Channel Islands before Brexit and throughout the implementation period following Brexit, which has been extended to run until 30 June 2021. Any EU, EEA, and Swiss citizens who wish to remain in Guernsey or Jersey beyond that date will need to apply under the appropriate Settlement Scheme.  If approved, those citizens and their family members will be allowed to continue to live and work in Guernsey or Jersey as applicable, and their rights to healthcare, work arrangements and public services will continue unaffected. The deadline for applying to the EU/EEA/Swiss Settlement Scheme is 30 June 2021 in Guernsey and Jersey as well as the UK, and applicants will need to register with the scheme before the end of December 2020.

Times of great change such as Brexit lead to uncertainty and can be challenging, especially in the unprecedented circumstances represented by Covid 19.  However, such times also present great opportunities.

If the UK does not strike a deal with the EU in relation to financial services post-Brexit this could create challenges for UK-based fund managers. In particular:

The withdrawal of the UK from the EU should allow the UK to determine for itself what access to grant to its markets.  Unlike the Channel Islands, the British Overseas Territory of Gibraltar is leaving the EU alongside the UK.  However, the UK has granted to Gibraltar “passporting rights” to enable Gibraltar insurers to write insurance business in the UK without being licensed by the FCA.  Those rights stem from a bilateral agreement between Gibraltar and the UK.  It is possible that the Channel Islands could secure similar access to the UK market post-Brexit. 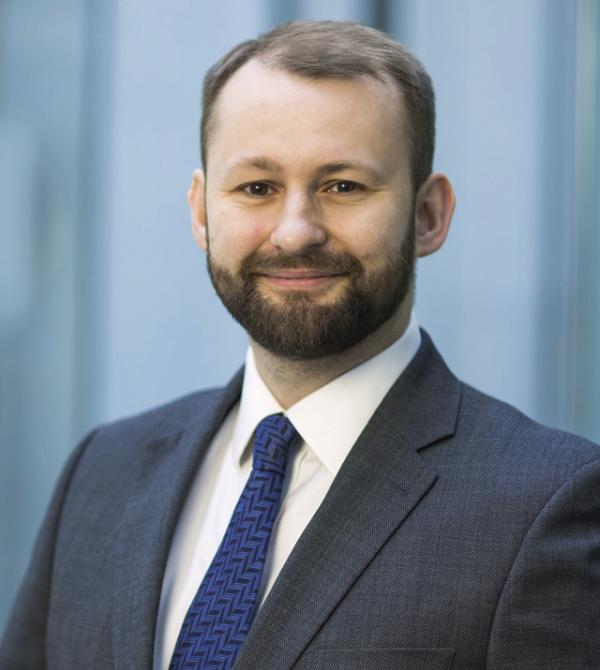