The European Union’s Market Abuse Regulation (MAR) introduced in 2016 continues to present real challenges for businesses seeking to issue certain forms of listed debt securities on any EU regulated market, multi-lateral trading facility or organised trading facility. Guernsey is not part of the European Union and has its own market abuse regime that pre-dates MAR. The Guernsey Financial Services Commission (the GFSC) this month adopted a concise Code of Market Conduct (the Guernsey Code).

Since the introduction of MAR the number of listings on The International Stock Exchange (TISE) has risen dramatically. TISE is headquartered in Guernsey which is outside the EU and is therefore not subject to MAR. In addition TISE is a “Recognised Stock Exchange” for HMRC purposes, making it an attractive venue for listings. While the Guernsey Code provides helpful guidance with respect to market abuse, it should not deter listing on TISE where there is no reliance on TISE for price formation or price discovery in relation to listed securities.

Back in 2003, Guernsey introduced the statutory offence of market abuse by its insertion into the Protection of Investors (Bailiwick of Guernsey) Law, 1987, as amended (the POI Law). The new sections in the POI Law outlined the types of behaviour that were and were not abusive and also enabled the GFSC to issue a code of market conduct.

On 5 November 2018, the GFSC issued the Guernsey Code setting out the behaviours that amount to market abuse, and those that do not (including safe harbours). The Guernsey Code provides the GFSC with a clearer basis for pursuing enforcement actions for market abuse. Behaviour will fall within the scope of the Guernsey Code if it occurs in Guernsey or, in relation to qualifying investments traded on a regulated market which is situated in Guernsey (such as TISE) or which is accessible electronically in Guernsey, for example the London or New York Stock Exchanges.

Where behaviour does not amount to market abuse, it may still amount to other statutory offences in Guernsey, such as insider dealing or making a misleading statement or practice. It may also amount to a breach of a regulatory rule such as those of a particular exchange or the Takeover Code.

Section 41A of the POI Law establishes the criminal law offence of “market abuse”. Three conditions of behaviour are required to commit market abuse:

“Regular user” is defined in the POI Law as a reasonable person who regularly deals on the relevant market or auction platform in the relevant investments.

Behaviour only amounts to market abuse if the regular user would be likely to regard it as a failure on the part of the perpetrator to observe the standard of behaviour reasonably expected of someone in his position in relation to that market. Abusive behaviour can include both action and inaction, such as a failure to disclose when under a legal obligation to do so. False or misleading behaviour is abusive if it is likely to give rise to, or to give an impression of, a price, value or volume of trading which is materially false or misleading. There must be a clear relationship between the behaviour and the qualifying investment although this can be indirect. Importantly, the Guernsey Code also provides that there is unlikely to be market abuse where there is “no ongoing market” on the regulated market in the qualifying investment so as to constitute actual “trading on” a regulated market. This is reassuring for debt securities listed on TISE where the securities are “admitted to trading” but where there are no on market dealings and where there are no regular users relying on the market for price discovery or price formation.

Where an investment has not traded for a long time or only in insignificant volumes it is still the subject of the rules of a regulated market. In this instance, there might be “trading”, but in the absence of an ongoing market any behaviour relating to the investment is unlikely to amount to market abuse.

The Guernsey Code adopts four headings to distinguish between behaviours which are and which are not market abuse. Various factors and safe harbours are also included. A summary of the categories with some examples are set out below:

Absent a legitimate commercial rationale, it will be market abuse to make trades or transactions which are likely to give a false or misleading impression as to the supply of, or demand for, or as to the price of, a qualifying investment; or to secure the price at an abnormal or artificial level. Similarly, a transaction is caught where its principal effect will be, or will likely be, to inflate, maintain or depress the apparent supply or demand, price or value, of a qualifying investment, so that a false or misleading impression is likely to be given to the regular user. The person entering into the transaction must also have known or could reasonably be expected to have known that this effect would happen. ‘Wash trades’, ‘painting the tape’ and ‘abusive squeezes’ are examples of such abusive behaviour. But stock lending/borrowing or repurchase transactions or transactions which involve the provision of collateral, are unlikely to be abusive. Regulatory disclosures are similarly unlikely to amount to abuse. Factors that the GFSC will take into account will include for example, the volume or size of the transaction in relation to reasonable expectations of the depth and liquidity of the market at that time.

Behaviour is abusive if it includes fictitious devices or deceit. For example, it is abusive to voice an opinion about an investment while having previously taken a position on that investment and profiting subsequently from the impact of that opinion on the price of that instrument without having simultaneously disclosed that conflict of interest to the public in a proper and effective way. Indications of contrivance might include for example where an order is preceded or followed by dissemination of false information by the same person making the order.

Dissemination of information which gives, or is likely to give, a false or misleading impression as to a qualifying investment by a person who knew, or could reasonably be expected to have known that the information was false or misleading. For example, a PR or financial adviser who knowingly or recklessly spreads false information about a client company through the media will be behaving abusively. However, dissemination of information in accordance with an exchange’s listing rules is unlikely to be market abuse.

It is market abuse where the behaviour would be, or would likely be, regarded by a regular user of the market as behaviour that would distort, or would be likely to distort, the market in such a qualifying investment and is likely to be regarded by a regular user of the market as a failure on the part of the person concerned to observe the standard of behaviour reasonably expected of a person in his position in relation to the market. For example, if the behaviour interferes with the proper operation of the market and this is foreseeable then it is abuse. However, choosing to trade at time to optimise risk management operations or short term speculation is unlikely to be distortion as it improves liquidity and efficient markets. Transactions which are executed in a proper way, for example, made to comply with rules on reporting and executing cross-trades, are unlikely to distort the market. The GFSC will take into account factors such as the structure of the market and any reporting requirements. In relation to the regular user test, the GFSC will, for example, take into account a person’s behaviour, given his position and the standards reasonably to be expected of him in light of his experience, skill and knowledge.

The Guernsey Code provides that passing relevant information that is not generally available, to certain categories of people, will not be regarded as requiring or encouraging others to deal. These categories include employees where the purpose is to enable them to perform their functions, and professional advisers involved in, for example, a takeover bid for which advice is sought. The Guernsey Code contains detailed examples in its appendices.

Carey Olsen welcomes the Guernsey Code’s clarity. Our listing team was the leading TISE listing agent in 2019, acting as listing agent for over one third of all new issuers of debt securities on TISE during the year and listing over twice the number of classes of securities than the next listing agent. We also completed more high yield listings than any other listing agent, acting in connection with half of all high yield bonds listed on TISE last year, reflecting our position as the market leader in this area. Carey Olsen is also the leading offshore legal adviser to entities listed on the London Stock Exchange, advising over double the number of clients than the next offshore law firm (Corporate Advisers Rankings Guide, 2019).

For further information or professional advice, please contact us. 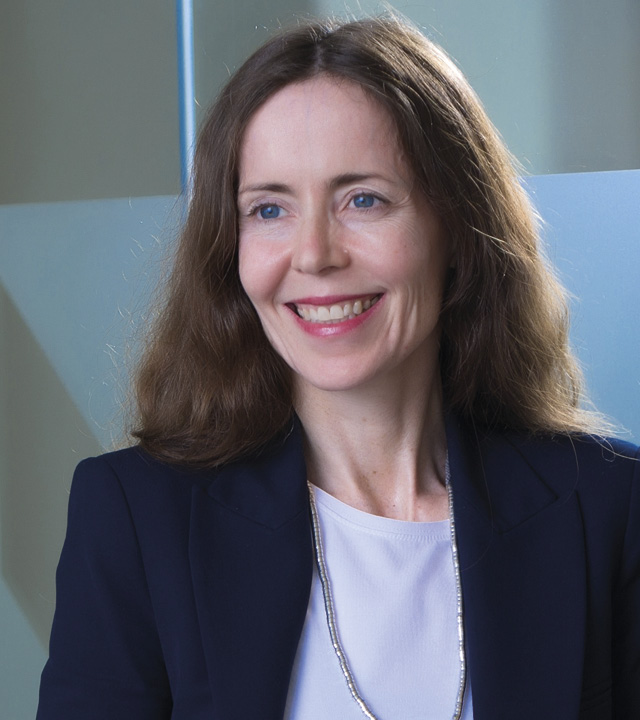