The Royal Court of Guernsey has recently handed down two judgments on setting aside and rectifying mistakes in respect of trusts relating to tax. These cases confirm the availability of these remedies under the Trusts (Guernsey) Law, 2007 and the applicable legal principles that will be applied.

Setting aside transfers to a trust

In the Matter of the Hereward House Remuneration Trust (unreported, 7 November 2019) was another in a series of cases with similar facts and advisers involving the establishment of a "remuneration trust" that have come before the Guernsey Royal Court in recent years. The trust was governed by the law of England and Wales, but administered in Guernsey by Guernsey trustees and therefore subject to the jurisdiction of the Royal Court.

The case involved the transfer by three members of a family of their respective shares in an English company which operates a preparatory school in North London into such a trust. As the case involved the transfer of UK situs shares, the Royal Court confirmed the applicable law to be applied was English law. The Royal Court therefore applied the now well-known principles set out in the English Supreme Court decision of Pitt v Holt¹ as summarised in subsequent English cases such as Kennedy².

The Applicants had been advised that settling their shares into the trust would have significant tax benefits in the UK and that upon the transferor's death his or her family would be able to enjoy the trust funds "tax free".  That advice was seriously flawed. Expert evidence from leading UK counsel produced to the Royal Court explained that in order for the transfers to benefit from the exemption to inheritance tax in section 28 of the Inheritance Tax Act 1984 the applicants and their spouse, children and grandchildren were prohibited from receiving distributions of capital from the trust. Leading counsel noted that the advice to these applicants to use a remuneration trust to avoid inheritance tax was seriously flawed because their respective shareholdings would likely have been eligible for 100% business property relief in any event. Further, as the applicants and their family were permitted by the terms of the trust to benefit from the income of the trust fund, this gave rise to a potential liability to capital gains tax for the applicants in respect of any distributions of income and to income tax on the part of the trust fund derived from their respective transfers, even if the income was not distributed to that person. The Deputy Bailiff also noted in his judgment leading counsel's criticism that the advice given in mid 2011 failed to explain that the disguised remuneration rules which had come into force on 9 December 2010 meant that it made no sense to transfer the shares into an employment benefit trust, under which the applicants could never benefit from capital, and where they would be benefitting employees in the company whom they never intended to benefit anyway.

The Royal Court accepted that the applicants had made the decision to transfer their shares into the trust on the basis of the flawed advice they had been given and that this amounted to a positive mistake on the part of each of the applicants and that this was not something that had arisen as a result of forgetfulness, inadvertence or ignorance. The applicants took advice and relied on it. Had they known the true legal consequences, they would not have made those transfers.  The Deputy Bailiff accepted that the mistake was causative and went to the very heart of the transactions and was a grave mistake with serious consequences, as the shares represented a significant part of the personal assets of each of the applicants. The Deputy Bailiff was satisfied in the circumstances that it would be unjust and unconscionable for the shares to remain in the trust.

HMRC had been informed of the application and had chosen not to intervene or make any representations. The Deputy Bailiff confirmed the position, as stated in previous similar cases, that there is no principle of public policy operating in Guernsey to deprive the applicants of equitable relief because the mistake relates to tax.

The Royal Court granted the application and set aside the share transfers made by each of the applicants and ordered the trustee to take the actions necessary to restore the shares to the applicants.

In the Matter of the B Trust, A v Nerine Trust Company Limited (unreported 7 November 2019) concerned the rectification of a trust that was established as part of the settlor's pre residency tax planning when he was contemplating moving from the UK to the USA.  The settlor had been advised to transfer certain parts of his assets and income into a trust before moving to the USA to avoid him being liable to US tax on those assets. This could have been achieved through the establishment of and transfer of the relevant assets to a foreign non grantor trust.

The B Trust instrument was based upon a standard Guernsey law discretionary trust amended in accordance with the advice given to the settlor. However, it transpired from subsequent advice received by the settlor, that there were a number of deficiencies in the drafting of the B Trust which meant that the B Trust did not qualify as a foreign non grantor trust. The B Trust was considered a foreign grantor trust for US tax purposes with the result that the settlor was potentially liable to a very substantial US tax liability on the B Trust's income and gains.

The settlor applied under section 69 of the Trusts (Guernsey) Law, 2007 to rectify the trust instrument of the B Trust in the respects required for the B Trust to qualify as a foreign non grantor trust.

The court confirmed that the legal principles that govern the remedy of rectification under Guernsey law are as set out most recently in the case of OSM Provident Fund [2018] GRC33 and that in order to succeed in a claim for rectification of a trust instrument arising from mistake, an applicant must demonstrate that:

The Royal Court had been referred to the test set out by the Jersey Court of Appeal in BNC v Virtue Trustees (Switzerland) AG [2018] JCA 219 at paragraph 21, quoting from Lewin on Trusts 19th Edition.

"The conditions which must be satisfied in order for the court to order rectification of a voluntary settlement are as follows:

To these requirements I would add that there must be full and frank disclosure; that no other remedy is available to achieve the same ends; and that even when the requirements for rectification are satisfied the court retains a discretion whether or not to rectify."

The Bailiff noted in the judgment that he sees no substantive difference between the two different expressions of the legal test- the test expressed by the Jersey Court of Appeal elaborates somewhat on the test expressed in Guernsey but is not fundamentally different.

The settlor was not the named settlor of the trust which was created by nominees acting on his instructions. The Bailiff confirmed that in such cases it is the intention of the principal, not the agent, that has to be identified.

The Bailiff confirmed that the relevant standard of proof is that of a balance of probabilities but was satisfied that the evidence before him proved convincingly that the subjective intention of the settlor was to divest himself of the relevant assets so that he would not be subject to US tax.

The expert evidence of a US lawyer before the Royal Court explained that the way to achieve that purpose was to settle a foreign non grantor trust, which the B Trust failed to do. It would have been lawful for the settlor to have created a foreign non grantor trust under the laws of the USA. It would also be lawful in Guernsey as public policy in Guernsey does not require the court to protect the interests of a foreign revenue. The IRS had been given notice of the proceedings and had chosen not to intervene.

The mistake in question was characterised as an incorrect tacit assumption. It did not matter that the settlor lacked a knowledge or understanding of the requirements needed for a foreign non grantor trust. Ignorance as such is not a mistake but can lead to a false belief or assumption which the law will recognise as a mistake.

The Royal Court held that all the requirements for rectification were satisfied and that there was no reason to refuse the application and granted an order rectifying the B Trust accordingly.

Natasha Kapp, partner in Carey Olsen's Trusts & Private Wealth team in Guernsey, advised and represented the applicants in both of these matters before the Royal Court and was assisted by Nina Clift, Senior Associate. 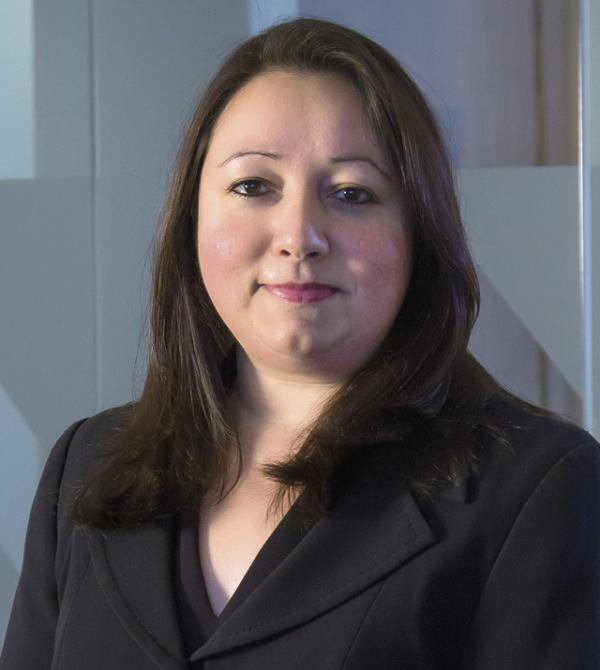