The winner takes it all: priorities between directors, companies and third parties when directors breach their duties

If the directors of a company defraud its customers, the proceeds can belong to the company. This is what the Supreme Court decided in Crown Prosecution Service v Aquila Advisory Ltd [2021] UKSC 49, an English case involving a Jersey company.

Two directors of VTL, a Jersey company, devised a fraudulent scheme. They purported to provide investors with a mechanism to decrease income tax exposure. As it turned out, the scheme was a fraud on the customers. It was also a fraud on VTL: instead of turning over around £4.55 million in proceeds from the scheme to VTL, the directors kept these funds for themselves.

Meanwhile, the directors’ actions began to catch up with them and three storms were brewing. First, the directors were convicted for tax fraud offences. The Crown Prosecution Service (“CPS”) sought to confiscate the £4.55 million from the directors. Secondly, Aquila (an assignee of VTL’s rights) asserted a proprietary claim to the very same funds – that in effect, they belonged to VTL (and so Aquila by assignment). Third, HMRC was also looking to VTL’s customers to make good on tax credits fraudulently obtained under the scheme.

The Supreme Court held that Aquila’s proprietary claim should prevail. Essentially, this meant returning to the company the proceeds of the fraudulent scheme perpetrated by its former directors.  Although the CPS had successfully prosecuted those directors for crimes in respect of that fraud, it had not prosecuted the company and could not confiscate anything from it. On the other hand, even in the directors’ hands, the £4.55 million belonged to the company. So the CPS could not confiscate it from the directors either.

How can this be? The reason is because of the nature of a directors’ duties, which gives rise to the company’s proprietary claim against them.

Directors’ duties  - and claims for breach of them

Company directors owe fiduciary duties - duties of undivided loyalty to the company to put the interests of that company first. These duties mean that the directors cannot make a secret profit at the company’s expense or receive proceeds which otherwise ought to have flowed to the company. Any such proceeds are therefore considered to be the company’s, even in the directors’ hands.

So, if a director does receive such proceeds, the director is deemed to hold them on trust for the company, as a constructive trustee, and the company has a proprietary right to those proceeds. In other words, the proceeds are the company’s property.

A proprietary right is enforceable against not only the director whose conduct gave rise to it, but against any other third party who may seek to interfere with the company’s title to the asset in question – even the CPS (absent any specific statutory carve-out which may alter that position).

It is for that reason that Aquila was entitled to assert its proprietary right to the £4.55 million in preference to the CPS’s confiscation order. In contrast to Aquila’s proprietary right, by which it owned the actual proceeds, the CPS had merely a personal right - to compel payment of an amount of money representing the value of the proceeds. That money would not belong to the CPS until the CPS received it.

All things being equal, this explains why Aquila’s claim was better in law than the CPS’s. But even so, can it be right in law that the company should be able to recover the proceeds of a crime?

Many if not all legal systems will have some permutation of the rule that no person should benefit from his or her own wrongdoing. Deployed as the illegality defence this means, for example, if A sues B to enforce payment in relation to the sale of illegal drugs, it is a defence for B to say that the sale is illegal and therefore it cannot be enforced. English law (as applied to the Aquila case) and Jersey law are no exception and take a similar approach to each other.

So, how could the Court uphold the company’s claim to own the proceeds of the crime? The answer is that (on the facts of the case, at least) it was not the company’s crime. It was the directors’.

Directors’ actions– when are they the company’s?

A company can act only through the human agency of its officers and agents. As such, in order to determine whether a company has committed a wrong, it must be determined whether the conduct of the company’s officers or agents who committed that wrong can be attributed to the company.

Jersey law has tended to follow the approach of English law, which was being considered in Aquila. English law asks whether the act of any given human can or should be attributed to the company. However, the answer to the question may vary depending on the reason for the question.  As a result, any given action of a human, such as a director, might be attributed to the company for one purpose, but not another.

Indeed, the House of Lords previously held that this was in fact the law, and denied a company’s claim on that basis. However, more recently the Supreme Court departed from this approach, and preferred the view that whether a director’s conduct is attributed to the company depends on what is being considered. Amongst other things, is it an internal or external claim?

More recently still, in Aquila’s case, the Supreme Court confirmed its preference for the internal/external distinction.  That being so, Aquila’s claim was internal. The company was looking to recover from its former directors. The directors could not therefore say that their own wrongful conduct ought to be attributed to the company, so that the company could not claim from them on the grounds of the illegality defence. That would mean that the directors could use their own illegality as a basis to keep the proceeds of their crime. The company was the victim of the director’s actions in this scenario.

However, the company was not the only victim. The directors had originally obtained the funds from the company’s customers. They were, of course, external to the company. No customer’s claim was being directly considered by the Court in Aquila, but they could bring claims down the line. If they do, subject to the facts, it is likely that attribution would work the other way around and the directors’ wrongful conduct would be attributed to the company. The company would then be answerable to the customers as ultimate victims.

What does this mean for directors and companies?

Aquila therefore reaffirms a useful position for companies, their liquidators or anyone left to pick up the pieces where directors have breached their duties to a company.

Once it is determined that directors have breached their duties, the company has a claim against them. Given the fiduciary nature of directors’ duties, such a claim will often be proprietary, as it was in Aquila. Profits in the hands of directors which they obtained in breach of their fiduciary duties to the company will remain the property of the company, which can claim those profits in priority to any other creditors of the directors.

Once in the company’s hands, those profits are not beyond attack. Although such attacks might, but might not, include proprietary claims from third parties, the starting point would be that the profits merge in the general assets of the company for distribution to unsecured creditors.

Either way, however, Aquila suggests that even in cases of criminal fraud by directors, the proceeds of that fraud can remain available for the victims – the company and those doing business with it - rather than being confiscated by prosecutors. This is good news for those with the real economic interest in the situation. 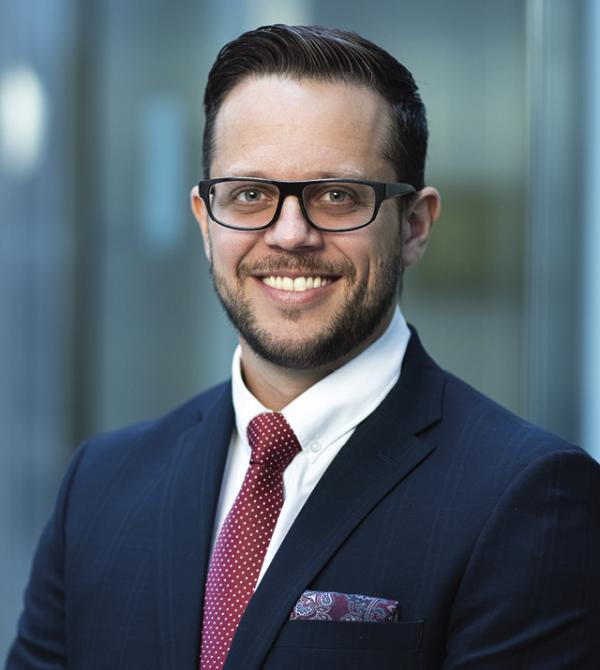