Why offshore for fintech?

Fintech is changing the way banking and financial services businesses are operating at an incredible pace. There are many challenges and opportunities that face financial institutions, business, investors and start-ups. As with much new technology, the speed of change in the fintech sector frequently outstrips the legal and regulatory landscape and fresh approaches are required to adapt. With this ever-changing landscape, securing the correct legal advice at the beginning of any new fintech venture is key to ensuring correct and cost-effective compliance with law and regulation.

The offshore space has long been recognised for its numerous flexible corporate structures, simple taxation, appropriate regulation, robust infrastructure and sophisticated legal systems. These are all factors that are critical to the successful development structures for fintech businesses. Smaller jurisdictions allow regulators to be more agile when updating regulation and with the broad toolbox of corporate vehicles on offer, fintech start-ups are frequently looking offshore to get started.

Carey Olsen advises fintech businesses in all areas of law and regulation in Bermuda, the British Virgin Islands, the Cayman Islands, Guernsey and Jersey.

There are variations in regulation and approach to fintech in each jurisdiction. The current legal state for these are discussed here.

The Bermuda government has identified the fintech  sector as a future key pillar of the territory's economy, and over the course of the past year has developed a number of legislative and other initiatives aimed at promoting the growth of this industry in Bermuda while at the same time maintaining Bermuda's well-earned and long-established reputation as a well regulated financial centre which complies with the highest international standards. Chief among these has been the enactment of two key pieces of legislation aimed at providing a fit-for-purpose regulatory environment tailored to the unique needs of market participants in this fast-growing and dynamic area.

The Digital Asset Business Act 2018 sets out a regulatory framework for digital asset businesses operating in or from within Bermuda, imposing a licensing requirement on such businesses and subjecting them to the supervisory jurisdiction of the Bermuda Monetary Authority and to Bermuda's anti-money laundering and anti-terrorist financing regime. The Companies and Limited Liability Company (Initial Coin Offering) Amendment Act 2018 regulates coin and token offerings carried out by Bermuda issuers and likewise requires such issuers to adhere to Bermuda's anti-money laundering and anti-terrorist financing standards when accepting token subscriptions from investors.

In addition to this regulatory environment, a new immigration policy for fintech businesses announced in 2018 allows companies operating in the fintech space and new to Bermuda to receive immediate approval of up to five work permits for non-Bermudian staff within the first six months of obtaining its business permit.

Embracing the sector in this way and being among the first jurisdictions to implement a comprehensive regulatory regime has helped Bermuda to distinguish itself from other jurisdictions where the space is still largely unregulated, and offers technologists, innovators and investors the assurance that their operations are being carried out in a sophisticated, modern and well-regulated jurisdiction.

The BVI regulator, BVI Financial Services Commission, recognises bitcoin and ether-focused funds. As a result, some of the leading fintech companies such as Bitfinex, Finamatrix and FootballCoin are incorporated in the BVI.  With leading companies realising the benefits to being set up in the BVI, as with other offshore jurisdictions, the BVI is gathering a pool of experts, focused on ICOs and Initial Token Offerings (ITOs). The key challenges are how ICO and ITO fundraising will be regulated. This is not a BVI-specific issue: many jurisdictions around the globe are now considering how to regulate ICOs and ITOs. Looking at the regulatory approach in other jurisdictions, the US Securities and Exchange Commission, the Monetary Authority of Singapore and the Hong Kong Securities and Futures Commission have confirmed that digital tokens, issued through an ICO, may be considered securities and should therefore be subject to all relevant securities law. At the other end of the spectrum, the Chinese regulators have banned the execution of ICOs in China and demanded that all funds raised through an ICO be returned to investors. We expect the BVI to follow the same regulatory path as the US, Hong Kong and Singapore – or even Canada’s “light touch” regulatory approach that it seems to be adopting for ICOs and ITOs.

The Cayman Islands is one of the world’s major financial centres, with over 70% of global offshore investment funds established within the jurisdiction. As such, the growth in the use of fintech within the financial services industry has a particular and direct relevance to the Cayman Islands.  To date, neither the government of the Cayman Islands nor the Cayman Islands Monetary Authority (CIMA) have introduced any material legislation or regulations directed specifically at the fintech industry, and each continues to take a pragmatic approach to the matter. This approach taken to date has ensured that, on the whole, the financial services sector in the Cayman Islands has not been unduly restricted in its use and development of fintech . Consequently, there has been a steady growth in the use of Cayman Islands structures making use of, and focused primarily upon, the industry. There are challenges to be addressed, and areas in which, as elsewhere in the world, sensible regulatory clarification would be welcome, including in particular the regulatory position of cryptocurrencies, ICOs, and other tokenised structures and the interplay between fintech and existing anti-money laundering practices. In particular, cryptocurrencies have recently been included in within the remit of the Cayman Islands anti-money laundering regime. It is expected that the Cayman Islands government and CIMA are unlikely to introduce any precipitous changes, and that any specific fintech related amendments, that particular regard will be had to the regulatory processes and discussions taking place globally.

Guernsey regulators have opted for a pragmatic, flexible and approachable attitude to regulating the fintech space. The Guernsey Financial Services Commission (GFSC) recognises that fintech is a growing and amorphous area and as such, is interested to engage with both start-ups and established businesses to look at innovation and its regulatory impact. As part of this approach, the GFSC operates an ‘Innovation Soundbox’, which is a means of encouraging early discussion of ideas in order to identify regulatory issues and provide support from an early stage.  The Island has a long history of adaptability and of creating innovative solutions and products. These successes leverage the collaborative approach taken by local government, regulators and local business to deliver high quality services to entrepreneurs and disruptors alike. Examples include Northern Trust’s ‘global first’ use of blockchain in private equity, IPES digital identity hub ‘IDRegister’ and Waves Technologies Limited, a tech disruptor in the airline taxi and logistics arena. The size of the island and its legislative agility means it can be used as an effective ‘test bed’ for developing products and services, within the context of a highly regarded offshore financial centre. The flexible regime continues to evolve – use of technology to solve AML/CFT issues is being expressly recognised following feedback from industry and the GFSC recognising the proliferation of such solutions. Regulation should not stifle innovation – the development of solutions, whether technical, legal or financial is a key part of Guernsey’s ability to remain competitive and innovative. The ability to discuss concerns and identify any ‘deal breaker’ issues at an early stage means that ideas are focused and development time more concentrated than in some larger jurisdictions.

Jersey has been a pioneer with regards to regulation in the fintech space. In 2014 the Jersey Financial Services Commission gave the green light to bitcoin as an asset class by licensing the first bitcoin-focused, regulated fund. As a result, the island is seeing a surge in crypto/fintech vehicles and funds choosing Jersey . With Jersey being such an early adopter and the regulators forward thinking attitude, alongside its flexible range of corporate vehicles, the jurisdiction has naturally developed an exceptional pool of expertise on the Island. A recent example that has utilised Jersey’s pioneering regulation is the launch of CoinShares Fund I, a venture capital fund investing in ether (a cryptocurrency used as a payment on the Ethereum blockchain platform) and Initial Coin Offerings (ICOs). 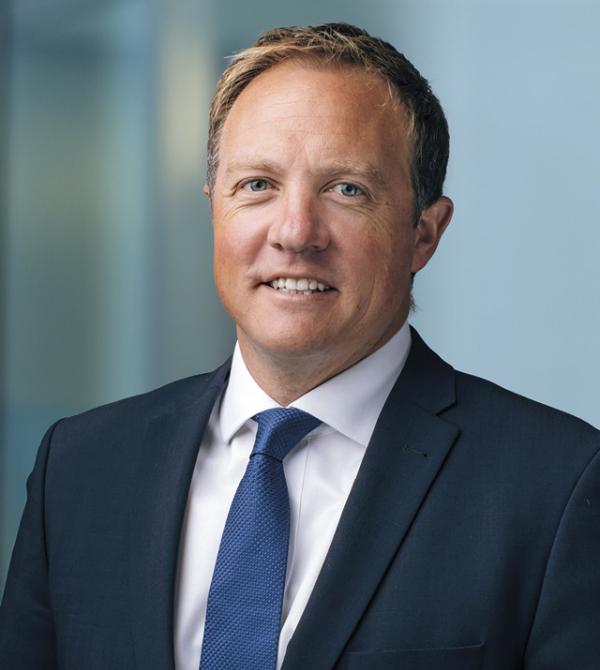